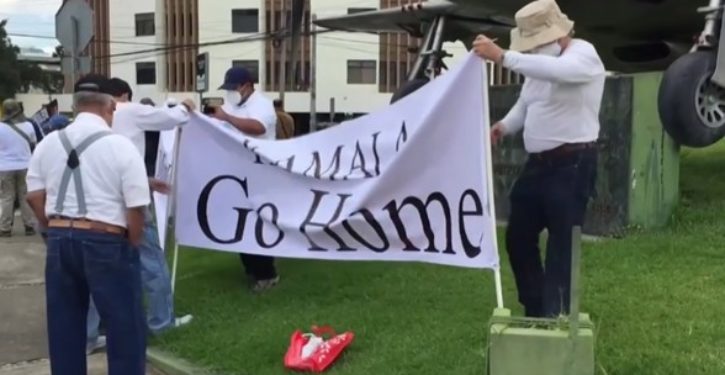 She didn’t have to come all the way to Singapore for this kind of abuse! She had suffered the same sort of indignity much closer to home in her trip to Guatemala, where upon her arrival she was greeted by protesters holding signs that read “Kamala, Trump won” and “Kamala, go home.” (RELATED: Kamala off to Vietnam – just as Afghanistan draws comparisons to fall of Saigon)

This is Vice President Kamala Harris’s second trip abroad (Europe, which she’s never been to, is still on her bucket list). But instead of arriving to pomp and circumstance and being hailed as America’s first female and POC veep, no sooner had her plane touched down than she was bombarded with questions about Americans stranded in Afghanistan:

Nor did things improve when she and Singapore’s Prime Minister Lee Hsien Loong met for a joint press conference. Sunday afternoon. Both he and the media whiffed on the chance to acknowledge her historical accomplishment, focusing instead on (yawn!) Afghanistan. When asked how America’s botched troop withdrawal would affect the nation’s image in the global community, Loong answered:

What will influence perceptions of U.S. resolve and commitment to the region will be what the U.S. does going forward: how it repositions itself in the region, how it engages its broad range of friends and partners and allies in the region, and how it continues the fight against terrorism. Countries make calculations and take positions, and they have to make recalculations and adjust their positions from time to time. Sometimes it can be done smoothly. Sometimes there are hiccups. Sometimes things go awry and take time to put right.

The comment in the last sentence appears to refer to the troop withdrawal.

The same reporter asked Harris what the U.S.’s message was to its partners. Instead of answering, she volunteered, “The reason I am here is because the United States is a global leader, and we take that role seriously.” (RELATED: Nearly two thirds of Americans give Kamala Harris a ‘no confidence’ vote) 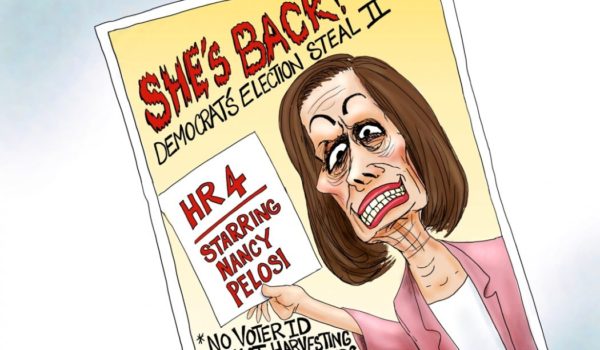