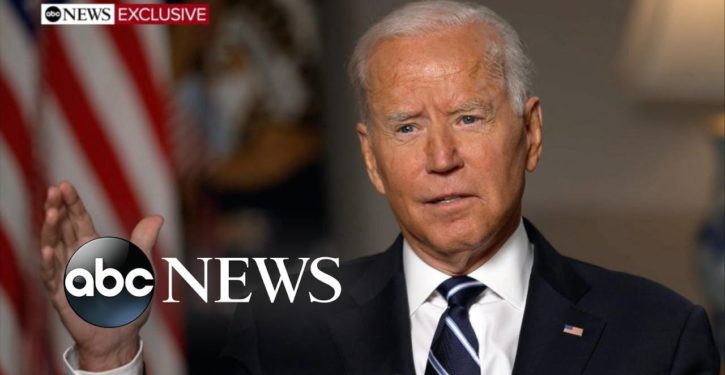 J.E. Dyer reports this morning that Joe Biden has called an indefinite lid on further presidential appearances. It’s sobering to picture the president of the United States trembling under his desk or having retreated to his basement bunker in Wilmington, especially with the world exploding around us. But his no-holds-barred one-on-one with ABC News’s George Stephanopoulos on Wednesday was apparently the last straw.

During the grilling, Stephanopoulos reminded Biden that his “top military advisors warned against withdrawing on this timeline. They wanted you to keep about 2,500 troops.” The assertion led to this exchange (a video follows):

George Stephanopoulos: They didn’t tell you that they wanted troops to stay?

Biden: No. Not at — not in terms of whether we were going to get out in a time frame, all troops. They didn’t argue against that.

Stephanopoulos: So no one told — your military advisors did not tell you, ‘No, we should just keep 2,500 troops. It’s been a stable situation for the last several years. We can do that. We can continue to do that’?

Biden: No. No one said that to me that I can recall. [Emphasis added]

The highlighted fudge was a nice twist for Biden, who used a similar construction in his response to Stephanopoulos’s acknowledgment that there is still a “lot of pandemonium outside the airport” in Kabul.

And as for Biden’s claim that “no one is being killed right now,” Reuters reports that the death toll in the Afghan capital alone since Sunday is 12.

But perhaps Biden’s biggest lie of all is the claim that there was no better way for the U.S. to exit Afghanistan coupled with the insinuation that the mission was a success. While it can be argued to Biden’s credit that he made good on his promise to bring home the remaining 2,500 U.S. troops, his botching of the withdrawal has required him to send 7,000 troops back in to secure the safety of departing Americans. With the administration uncertain as to when the evacuation will be completed, can anyone honestly argue that we as a nation are better off now than we were before Biden came into office?

Open thread (8/20/21)
Next Post
Cartoon of the Day: Botched pullout 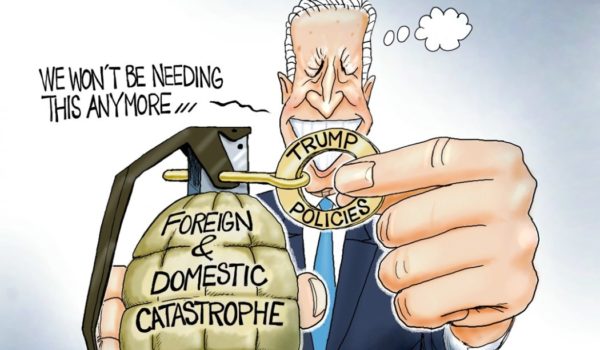