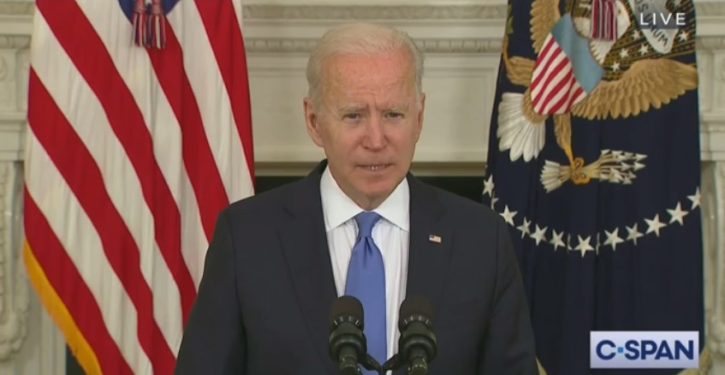 Eh?  According to Politico, “Biden allied groups, including the Democratic National Committee, are … planning to engage fact-checkers more aggressively and work with SMS carriers to dispel misinformation about vaccines that is sent over social media and text messages.”  (H/t: New York Post)

The Politico report sheds no light on how exactly Biden-allied groups and/or fact-checkers would “work with SMS carriers” to “dispel misinformation.”

But SMS carriers, unlike social media, are not currently curating or claiming editorial prerogatives over users’ communications in any way.  Their basis of operation fits the definition of a utility: they’re a paid service and users text what they want.

The examples used by Politico to illustrate “misinformation” are texts sent by a group affiliated with Turning Point USA, the organization led by Charlie Kirk.  In what way do the Biden-allied groups propose to intervene to “dispel misinformation” sent in a text message?  Politico doesn’t say.

This suggestion would be for a basic level of interference beyond the suppression of disfavored content on social media sites.  It could be like appending a voice interruption to a phone call: perhaps to talk over the caller’s words, perhaps to ensure the recipient can’t hear them without listening to contrary, government-approved information first.

Obviously, that last depiction is a hypothetical analogy.  It’s not a claim that such a thing is already being done.  But it’s a valid analogy, if the Biden-allied groups want to work with SMS carriers to address what they regard as a “misinformation” problem.  It’s like saying “we’ll work with the electric company if we disagree with the bad settings you choose for your refrigerator.”  No graduate-level imagination is required to discern the possibilities.

Does this proposal mean users could be cut off from SMS services for messaging “misinformation”?  There’s no telling.  Politico’s wording is vague, and raises obvious questions.

But even if the vision is for flagging informal messages with some kind of “misinformation” label, that’s not the slightest bit reassuring.  To do that would require setting someone to monitor people’s SMS messages (in itself not a big deal after the fact, if they’re being sent to an audience anyone is free to sign up for) – but then asking the SMS carrier to manipulate delivery in some way.

It doesn’t really matter what topic this arises for.  It happens to be vaccination, but it could be any topic on which Americans disagree with “Biden-allied groups.”  It’s bizarre, but of course a sign of the times, that Politico and the Biden-allied groups seem to feel at ease informing the public of the plan.

The public is likely to be overwhelmingly freaked out.  Consider this point:  the White House is indignant that Tucker Carlson believes it when he’s told his emails are being read by a government agency.  Yet at the same time, Politico writes as if it would be fine for “Biden-allied groups” to have messages sent over SMS services monitored – and “work with” the SMS carriers to do some undefined thing about that.

Holding levers over the public infrastructure is becoming, more and more obviously, a method for trying to control information, behavior, and people.  That can never be benign.

A couple of additional points to ponder.  NY Post calls out a brief passage in the Politico piece citing White House spokesman Kevin Munoz: “We are steadfastly committed to keeping politics out of the effort to get every American vaccinated so that we can save lives and help our economy further recover.”

Nice try, but the only way to keep politics out of vaccination is to keep government out of the individual decision to take a vaccination.  When government is not just adopting attitudes about that but sending representatives door-to-door for advocacy and exhortation, it’s political.  Government can’t do anything non-politically.

The second point: Jen Psaki is quoted by Politico as saying it’s a “‘disservice to the country’ to spread the disinformation and that ‘the failure to provide accurate public health information, including the efficacy of vaccines and the accessibility of them to people across the country, including South Carolina, is literally killing people, so maybe they should consider that.’”

That’s a straw man, in case your straw man recognition chart isn’t handy.  There is no “failure to provide accurate health information” inherent in refraining from mounting a door-to-door campaign.

Objecting to a government-sponsored door-to-door campaign isn’t a preference for withholding information from anyone.  It’s a comment on the appropriate role and behavior of government – especially the federal government.

I don’t object personally to a federal agency offering information on a website, or mailing it to American households.  Whom one method doesn’t reach, the other one probably will.  I’d expect the states to take the lead on making information available, since they’re administering the distribution program for the vaccines.

But when Psaki is harping on “disinformation,” setting up straw men about “failing to provide accurate health information,” and highlighting “South Carolina” (guess you had to be there) – that’s the White House making this political, and suspiciously so.  Her wording (“literally killing people”) is demagogic, not temperate.

A confident, apolitical White House message to the media would be something like, “Americans are free to express their opinions on this topic.  We’re putting out the best, most accurate information we have, which you can find at [XYZ website].  Why don’t you folks make sure to cover that?”

The very different tone from Psaki augurs ill for the project to “work with SMS carriers” on “dispelling misinformation.”

Taxpayers on the hook for scams by progressive colleges
Next Post
Toledo: Local news reports say collapsed mural of George Floyd was struck by lightning 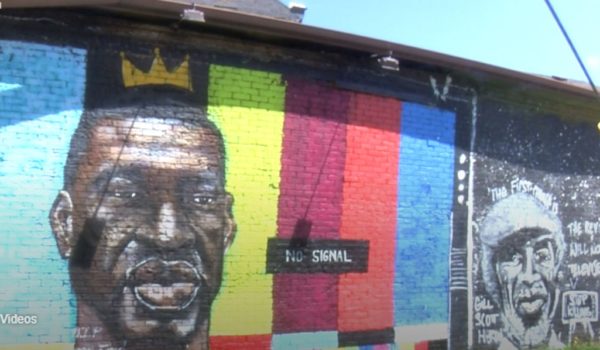