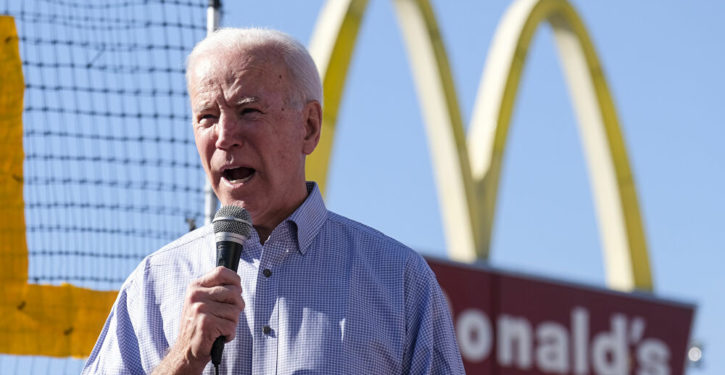 Joe Biden looks a little too much like the kind of guy who gets an unscratchable itch for a Big Mac every now and then to be indifferent to the fate of McDonald’s. Yet his refusal to cut back on the $300-a-week “COVID stimulus” checks that are prompting many American workers to stay home rather than return to the workforce has been especially rough on McDonald’s and other fast-food vendors.

Twenty-three states have now ended the misguided federal incentive, but people in low-income jobs in states that haven’t terminated the program are still “lovin’ it.” Back in April, a Florida McDonald’s became the McDonald’s franchisee to offer an incentive of $50 to anyone just willing to show up for a job interview. Remarkably, few individuals took the bait.

From there the ante went up, starting with larger and larger “signing bonuses.” Now it’s come to this. Via the Wall Street Journal:

U.S. franchisees of the burger giant aim to boost hourly pay, give workers paid time off and help cover tuition costs to draw enough workers and improve the Golden Arches’ image as an employer. McDonald’s corporate parent said it is making a multimillion-dollar investment to back the franchisee efforts.

While Biden and his fellow Democrats will hail the higher pay and enhanced benefits as a win against corporate America, they need to appreciate that franchisees own 95% of McDonald’s roughly 13,450 stores in the U.S. In other words, the situation they have created has negatively impacted small business, which the Democrats claim to champion. They should also keep in mind that the incentive checks are due to run out after Labor Day, at which point normal relations in corporate America are likely to resume. 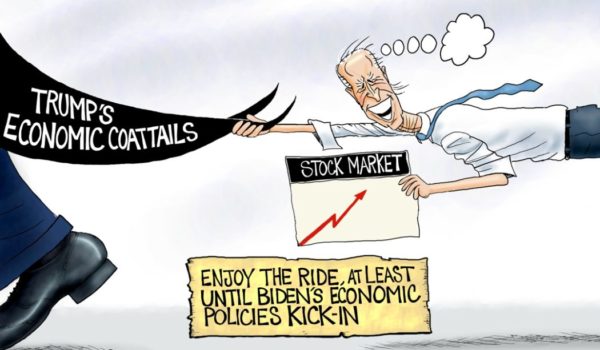 Cartoon of the Day: ‘Wheee!’ (I mean ‘him’)
Next Post
Taxpayers on the hook for scams by progressive colleges