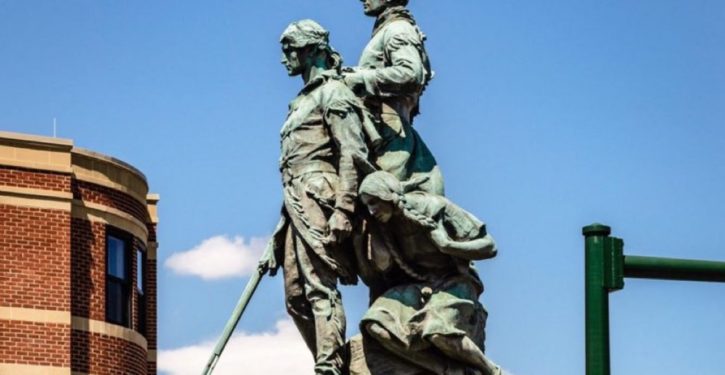 Lewis and Clark and Sacagawea

Charlottesville — the scene in 2017 of a deadly clash between people “spreading hate and those with the courage to stand against it,” according to Joe Biden — cleaned house yesterday. The city rid itself of statues of Confederate Gens. Robert E. Lee and Stonewall Jackson. Another historical statue was evicted, though this one received less attention.

Forbes has the specifics:

But it’s not Lewis and Clark’s expedition to unite the newly acquired western territories with the East that led to the sculpture’s removal. Rather, it is the depiction of their Indian guide, Sacagawea, who is shown “crouching timidly at the two Virginia explorers’ feet.” Indeed, what could the sculptor have been thinking, portraying not only an indigenous person but a woman in a subservient pose?

Maybe the answer to that question is related to Sacagawea’s role as a member of the expedition. According to the National Women’s History Museum, “each member of the Corps of Discovery was hired for a special skill such as hunting, woodworking, blacksmithing, and sailing.” Sacagawea’s chief skill was as a translator who could communicate with other tribes — she was fluent in both the Shoshone and Hidatsa languages. But “she was also skilled at finding edible plants, which proved to be crucial to supplementing their rations along the journey.” Could it be that she is down close to the ground inspecting the vegetation or perhaps animal tracks that may lead to the expedition’s next meal?

The biggest threat to democracy is the GOP stealing the next election
Next Post
Cartoon of the Day: Destructing America 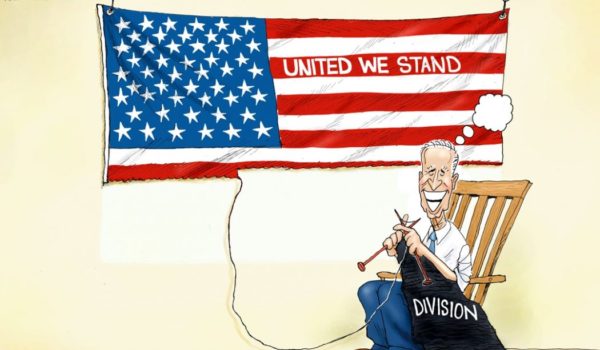