On his first day in office as president, Joe Biden very publicly threatened to “fire on the spot” any administration member who acted disrespectfully toward a colleague. It was such an important warning for Team Biden that he repeated it again on his second day in office. Watch:

The promise was put to the test within days. Biden’s Deputy Press Secretary, TJ Ducklo, lashed out at journalist Tara Palmeri for publishing a story about his romantic relationship with Axios political reporter Alexi McCammond, threatening to “destroy” Palmeri if she didn’t retract it. Ducklo also tossed in a few words that can’t be repeated in polite company, but suffice it to say he had made himself ripe for termination.

So how did the president handle the “execution”? Did he take a page out of Donald Trump’s “Apprentice” days playbook and tell Ducklo, “You’re fired”? Or did he take the young whippersnapper out behind the White House and “beat the hell out of him,” as he had threatened on multiple occasions to do to Trump?

He did neither. Ducklo’s punishment was suspension for one week without pay.

Now Biden’s “red line” has been crossed again. But this time, it’s not some insignificant underling who is begging to be dragged to the chopping block. It’s Biden’s second in command.  (RELATED: Kamala Harris’ office rife with dissent)

Politico quotes an administration official as saying, “People are thrown under the bus from the very top, there are short fuses and it’s an abusive environment. It’s not a healthy environment and people often feel mistreated. It’s not a place where people feel supported but a place where people feel treated like sh*t.” The piece goes on to cite nearly two dozen “current and former vice presidential aides, administration officials and associates of Harris and [President] Biden” who point the finger at Harris for the dysfunction.

Dumping the vice president of course has far graver and more far-reaching consequences than firing some 25-year-old schmo. So far it’s never happened, though two VPs, Spiro T. Agnew and John C. Calhoun have voluntarily stepped down. In any event, it’s unlikely to happen now because it would represent a monstrous failure in judgment on Biden’s part for having chosen Harris in the first place, especially in light of his having limited his choice to a woman of color. 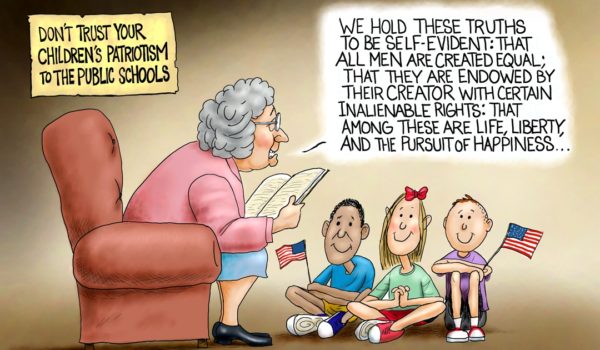