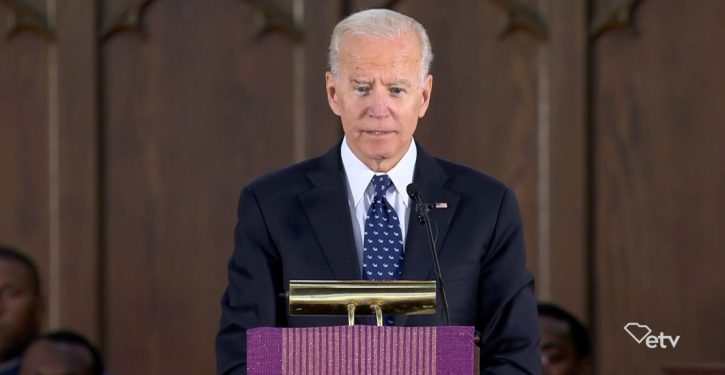 The man who gave you such gems as “Poor kids are just as bright as white kids” and recalls a time when it was acceptable “to make fun of a gay waiter” has come out with his latest hit. And I do mean hit.

Joe Biden, who despite his protestations to the contrary shows a marked fondness for racial stereotyping, said Thursday in Raleigh, N.C., “It’s awful hard as well to get Latinx vaccinated. Why? They’re worried they’ll be vaccinated and deported.” Take a look.

So in Biden’s world, if you’re Latino, you’re automatically an illegal alien. That news flash would certainly come as a surprise to Supreme Court Justice Sonia Sotomayor, who was born in the Bronx.

To show how liberated he is from himself in an earlier life when he equated segregation with black pride, Biden used the work gender-inclusive term Latinx (which he pronounced as if it rhymed with “Kleenex”) in his observation. But as Evita Duffy notes at The Federalist, the word is unknown to the vast majority of people in the U.S. of Latin ancestry, and only 3% of those who are familiar with it use it. The rest appear to be strenuously opposed to the term, as suggested by tweets like this one:

Joe Biden’s comments explain why Democrats lost so much ground with Hispanics.

He thinks most Latinos are here illegally. We are not.

He thinks Hispanics like being called “Latinx.” We hate it; I can’t imagine a scenario where it’s ok to impose an unpopular label on minorities. https://t.co/XDXySOVgcM 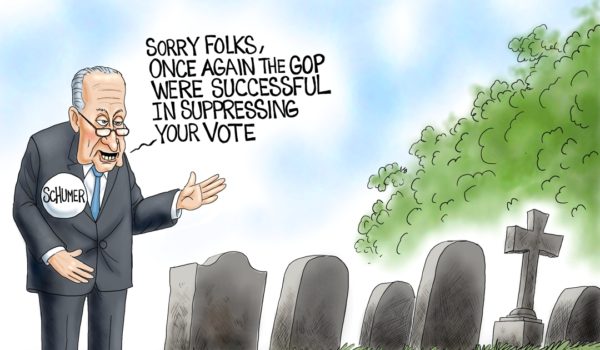 Cartoon of the Day: Dying to vote
Next Post
Biden reminds crowd: More lives lost to COVID-19 than to our war in Iran