This isn’t how Democrats’ plan for world domination was supposed to be playing out. With a 50-50 Senate and tie breaker in the person of the vice president, they should long ago have become the permanent ruling class. Instead, their dreams are crumbling before their eyes.

This is not to say they have not had their share of victories. Just last week, the Supreme Court extended Obamacare’s lease on life. Naturally that was a bittersweet win since two of the justices who voted to uphold the law’s individual mandate were Republicans whose confirmations Democrats had tried vigorously to block on the grounds they were “Obamacare killers.”

The biggest disappointment to the Democrats so far is that the ignition key that will start the engine of their acquiring a supermajority for all time — the filibuster — remains elusive thanks to two holier-than-thou Democratic senators. One of those two, Kyrsten Sinema, on Monday wrote in the Washington Post a galling affirmation of her view that scrapping the Senate rule would erode “democracy’s guardrails.” “Would it be good for our country,” she asked rhetorically, “if we [passed the For the People Act], only to see that legislation rescinded a few years from now and replaced by a nationwide voter-ID law or restrictions on voting by mail in federal elections, over the objections of the minority?”

But the Democratic mainstream refuses to be swayed by logic — and that includes the abundant use that they as a party have made use of the filibuster. Here is Sen. Richard Blumenthal (D-Conn.) attempting to offer a counter-argument to Sinema to CNN’s Jake Tapper. Blumenthal is a member of that extreme faction that favors abolishing the filibuster altogether. A transcript follows.

Richard Blumenthal: We may have an evenly divided Senate and control because the Vice President can break a tie. But the filibuster rules, as the American people are beginning to understand, require us to have 60 votes just to proceed to debate, just to talk about the bill. And that’s why a lot of us, including many of our leaders, believe that we should tremendously modify the filibuster. I’m in favor of abolishing it, but in the meantime, we can mobilize support among the American people to understand that dark money, the money that goes to elections without disclosure is determining the outcomes. And that’s what we need disclosure to shine a light on, and that’s why this bill is so important to end that kind of corruption.

Tapper: Senator, haven’t you voted in favor of filibustering Republican legislation, not allowing them to even proceed to a discussion, an amendment process and debate on a bill?

Blumenthal: We have used the 60-vote threshold a number of times.

Tapper: But you’re talking about it being corrupt, but you’ve used it, too. 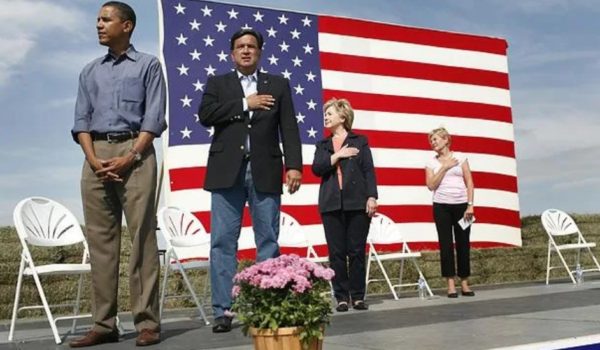 Colorado mayor bans pledge of allegiance at town meetings citing ‘divisiveness’
Next Post
Cartoon of the Day: Ignorance is bliss 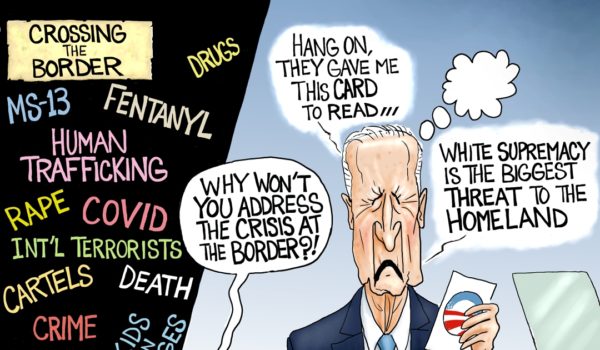