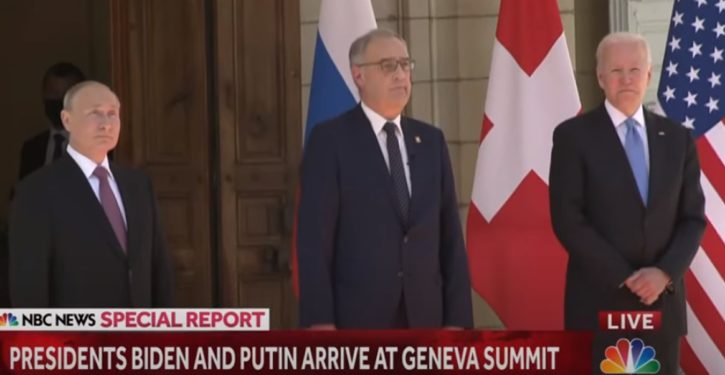 Arriving at the Geneva summit, June 2021. On the right: man with a list. NBC News video, YouTube

There’s a reason Fox news anchors and show hosts spent Thursday chuckling uneasily about President Biden’s statement, on Wednesday after meeting with Vladimir Putin, that he had warned the Russian president against mounting cyber attacks on certain sectors of the U.S. national infrastructure.

Obviously, it sounds a little strange to give Putin a list of sectors Biden doesn’t want to see attacks on.  What, like attacking other sectors would be OK?

The account at Fox Business was typical across mainstream media.  “President Biden told reporters Wednesday he gave President Vladimir Putin a list of 16 critical infrastructure entities that are ‘off limits’ to a Russian cyberattack,” said Fox.

If that sounds petty comprehensive, it’s because, well, it is.  That list is the Department of Homeland Security’s list of the 16 sectors of critical infrastructure in the United States, maintained by the DHS Cybersecurity and Infrastructure Security Agency (CISA).

Americans can take heart, perhaps, that President Biden warned Putin off all of them.   Every single last dad-gummed one.  He didn’t just make himself clear about 10 or 13 of the sectors.  He spoke forcefully about all 16, and even gave Putin a handy list, in case it wasn’t clear.

Biden should get an A+ for how perfectly his list matches the federal agency’s reference list.  Our president aced an open-book test this week.  That says something.

Biden went on to recount how he pressed Putin on the moral concerns of cyber attacks on infrastructure. As quoted by Fox Business:

“I looked at him [Putin]. I said, ‘How would you feel if ransomware took on the pipelines from your oil fields?’ He said, ‘It would matter.’ This is not about just our self-interest.” the president said.

Politico put a straight face on it, suggesting that “Biden’s message of off-limits industries and plans for consultations may carry little weight in Russia.”

In Politico’s words, “President Joe Biden’s threat to respond in kind to future cyberattacks on U.S. critical infrastructure by Russia is already prompting skepticism that it will rein in Moscow’s malign behavior in cyberspace.”

Funny thing, though.  We noted earlier at LU that at his press conference, Biden said, “As usual, folks, they gave me a list of the people I’m gonna call on.”

“Who exactly,” we asked, “are they in this now-familiar refrain?”

We’re guessing the critical infrastructure list was also given to Biden by them.  “They” seem to like supplying the president with lists.  We’d be gratified to find out who “they” are so we can thank them for giving the president a powerful, handsome list of critical infrastructure sectors to muscle Vladimir Putin around with on the diplomatic stage. 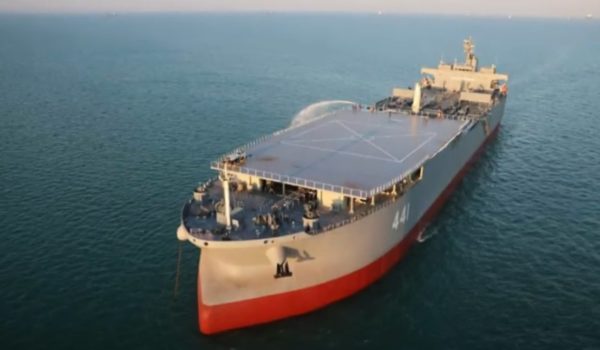