He says Libya, they say Syria, let’s call the whole thing off.

On Sunday, Joe Biden gave America’s allies at the G7 a frighteningly vivid look at the man they will be dealing with on this side of the Atlantic going forward. In an effort to discuss cooperation with Russia, he not only confused Libya with Syria (three times, but who’s counting?) but said during one of his many uncomfortable pauses, “I shouldn’t be starting off negotiating in public here.” It almost appeared as though he was reading aloud marginal notes from his handlers on what not to do.

If Trump had done this once in four years, CNN would have 14 physiatrists on nightly declaring him unfit, WaPo and The NY Times would have daily op-eds calling for invocation of the 25th, and “anonymous sources” would declare him bedridden unable to remember his own kids’ names. https://t.co/kEdds7bSDk

Later, his fellow world leaders laughed at him, not with him, when he initiated this embarrassing exchange with British Prime Minister Boris Johnson as Johnson welcomed Presidents Cyril Ramaphosa  of South Africa Moon Jae-in of South Korea. The dialog is a little hard to decipher, but a transcript of the relevant portion follows:

Boris Johnson: And welcome to those who just joined us. … President Ramaphosa, President Moon . …

Joe Biden: And the president of South Africa.

Johnson: And the president of South Africa as, as, as I said.

Johnson: I certainly did.

The room broke out in laughter over this unintentional reenactment of the stateroom scene from the Marx Brothers’ “A Night at the Opera.”

Nancy Pelosi may have accidently stumbled onto to the truth when she asserted on Sunday that Vladimir “Putin will meet a very different president in Biden, compared to Trump.” 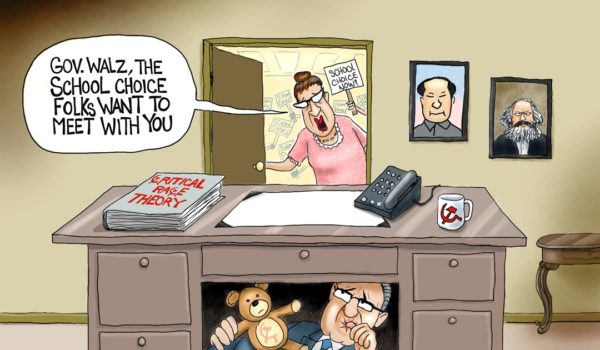