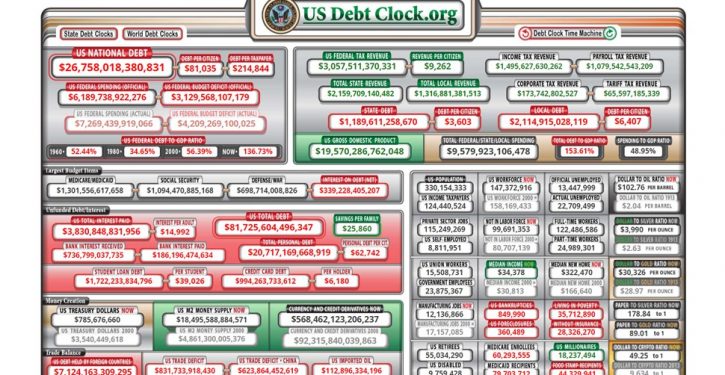 Remember the 2012 Republican National Convention? Back then, the national debt problem was so fundamental to the GOP’s platform that the convention’s set design showcased a debt clock ticking away in real-time, edging closer to $16 trillion.

Vice presidential nominee Paul Ryan, a conservative tax and budget expert, championed policies that slowed the debt’s alarming rate of acceleration toward what he deemed a dangerous fiscal cliff, which was not a priority for his opponent. When Barack Obama was elected in 2008, the debt was $10 trillion. After fighting the Great Recession, it nearly doubled to $19.5 trillion by the end of his second term.

Most problematic is how gross domestic product has failed to grow commensurate with the debt. There has been a school of thought that downplayed the growing red ink, instead touting the debt-to-GDP ratio as more relevant. A brief history of that ratio demonstrates why that “school” has closed.

In December 1969, when the government spent billions fighting the Vietnam War, the ratio was 35.47%.

Interestingly, the ratio dipped to 30.86%, the 1970s lowest level, during the month when Richard Nixon resigned as president, August 1974.

The twentieth century closed with a debt-to-GDP figure of 58.35%.

Then came the 9/11 attacks. As a result, the government’s price tag to fight the war on terror, including in Afghanistan and Iraq, caused a substantial increase in the ratio, which rose to 92.02% by the end of 2010.

In 2020 the COVID pandemic crashed the U.S. economy. By October, the government had spent $4 trillion in various economic bailouts, increasing the ratio to 129.09% by year’s end.

According to today’s Debt Clock, the number stands at 127.99%, a slight decrease from Dec. 31 but still precarious. So is the government projecting that, when the economy surges back to “normal,” this unsustainable ratio will decrease? Unfortunately, no, according to two U.S. government agencies.

The Congressional Budget Office, providing economic and budget data to lawmakers, projects that by 2025 the figure will be 124.56%. Even more daunting is the Office of Management and Budget projection. The agency within the executive branch foresees the 2025 ratio increasing to 138.69% — 10.7 percentage points higher than today! That is your government at work.

But more eye-popping is the non-governmental U.S. Debt Clock’s 2025 projections, based on current rates of growth. It shows the national debt hitting $50.1 trillion, the GDP at $26.7 trillion, and the debt-to-GDP ratio at a whopping 187.86%.

What ramifications do all these numbers have for the average American? The cost of living and anything you want to finance could cost more. In March 2021, the CBO issued a report titled “The 2021 Long-Term Budget Outlook,” which said:

Debt that is high and rising as a percentage of GDP boosts federal and private borrowing costs, slows the growth of economic output, and increases interest payments abroad. A growing debt burden could increase the risk of a fiscal crisis and higher inflation as well as undermine confidence in the U.S. dollar, making it more costly to finance public and private activity in international markets.

And what are the overarching reasons why the U.S government is spending itself into an ever-deepening fiscal crisis? The simple answer is our government is trying to maintain its status as the world’s superpower in a competitive 21st century global economy while modernizing infrastructure and providing for the needs of its people.

But, the hard truth is that our economy does not generate enough revenue to pay for what is required to do all three. For example, today the U.S. Debt Clock shows federal tax revenue at $3.4 trillion. That is a fraction of what the government owes just in unfunded liabilities of $149.2 trillion – payments promised to the American people.

Our nation can’t continue down this path forever because, at some point, there will be forced entitlement cuts and, worse, national instability.

National needs outpacing revenue also dramatically applies to infrastructure. President Biden proposed a $2 trillion infrastructure bill with much fanfare, widening the term’s traditional definition. And if the bill manages to pass, it will substantially increase the national debt. The need is there, but the funds are not. Everyone sees crumbling roads, bridges, and now the daunting task of fortifying cyber systems that operate critical infrastructure. The Colonial Pipeline hack showcased our national vulnerabilities — to the delight of our enemies.

Moreover, Biden’s new $6 trillion budget proposal looks like the Debt Clock’s projection of a $50 trillion national debt by 2025 could be on track.

But the most severe crisis facing our nation is denying the debt crisis. Instead, our weak-kneed leaders are afraid to level with the American people about the implications of rising debt while the government spends at rates that far exceed tax revenue and GDP. When was the last time you heard the president or leaders of either party speak out about this painful issue? Yet, any solution starts with recognizing the problem. The Republican Party used to lead on the debt problem and should again.

Therefore, I recommend that the GOP dust off its national debt clock from the 2012 convention and hang it above the floor of Congress. At least then, our national fiscal doomsday crisis will be impossible to deny as it stares leaders in the face.

The root cause of Central American migration is U.S. imperialism
Next Post
Border crisis isn’t going away until Biden places America first 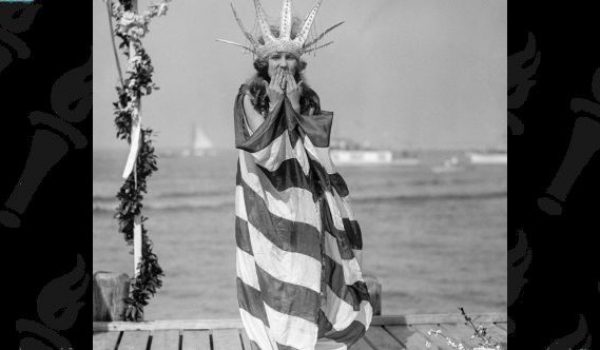