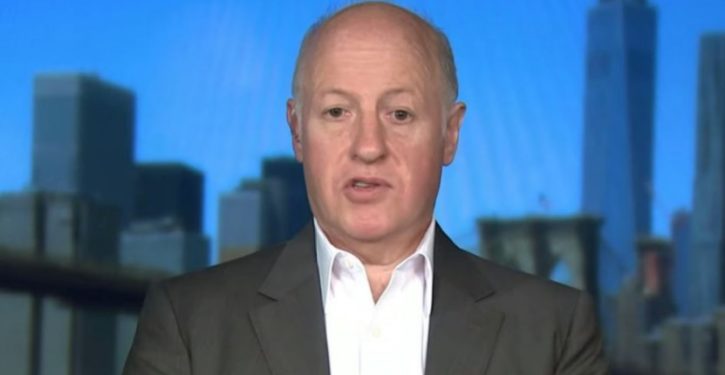 The U.S. charity that allegedly funded risky experiments on coronaviruses at a Wuhan lab prior to the pandemic has received at least $37.5 million from a Department of Defense subagency dedicated to countering weapons of mass destruction, federal records show.

The Defense Threat Reduction Agency (DTRA) provided the funds to EcoHealth Alliance across nine contracts and grants since 2013, the records show. Five of the DTRA’s projects with EcoHealth are still active. The projects involved studying and combatting pathogenic risks in Malaysia, Western Asia and Africa.

While EcoHealth received funding from the DTRA, which exists to “identify, develop, and field solutions to counter [weapons of mass destruction] and emerging threats,” it simultaneously provided $600,000 in taxpayer funds to the Wuhan Institute of Virology to conduct what some virologists say were gain-of-function experiments on bat-based coronaviruses to artificially enhance their transmissibility.

EcoHealth provided $600,000 to the Wuhan lab in the form of National Institutes of Health subgrants between 2014 and 2019 to study bat-based coronaviruses. While the NIH previously told the Daily Caller News Foundation that the EcoHealth research it funded did not involve gain-of-function experiments, other experts such as Rutgers University Professor Richard Ebright said the grant “unequivocally” described the risky form of research.

The Wuhan Institute of Virology is at the center of widespread speculation that it could have been involved with the release of the virus that causes COVID-19 into the human population in late 2019. (RELATED: US Has Evidence Researchers In Wuhan Lab Fell Ill Before Coronavirus Outbreak, State Department Says)

The DTRA’s funding of EcoHealth was first reported by Independent Science News.

None of the DTRA’s contracts and grants with EcoHealth appear to have any involvement in China. The group has received nearly $6.5 million from the DTRA since 2017 as part of an ongoing project to study bat-borne zoonotic disease emergence in Western Asia, however, it is unclear if that grant involves any activities in China.

EcoHealth also received $1.6 million from the DTRA to conduct “biosurveillance” of Henipaviruses and Filoviruses in peninsular Malaysia between 2017 and 2018.

EcoHealth has received nearly $10 million from the DTRA since 2014 for multiple projects studying Rift Valley Fever in Africa. The group also received $5 million in 2020 to study Hemorrhagic Fever in Tanzania.

Also in 2020, EcoHealth received nearly $3 million from the DTRA for a project to reduce the threat of the MERS virus in Jordan and to strengthen regional disease surveillance capacity.

EcoHealth received an additional $5 million from the DTRA in 2020 as part of a project to reduce the threat of pathogens causing Febrile Illness in Liberia.

The Department of Defense did not return a request for comment.

EcoHealth Alliance President Peter Daszak played a key role at the onset of the pandemic in suppressing debate about the possibility that the Wuhan Institute of Virology, with which he has had a close working relationship for over a decade, could be connected to the COVID-19 outbreak.

Daszak orchestrated a statement published in The Lancet medical journal in February 2020 prior to any serious research on the origins of COVID-19 condemning “conspiracy theories” that suggest the virus doesn’t have a natural origin. Daszak later admitted through a spokesman that he organized the statement to protect Chinese scientists from online criticism.

Daszak was also the only U.S. citizen allowed to participate in the World Health Organization’s investigation into the origins of COVID-19 in China in January and February. The WHO did not even ask to see deleted Wuhan Institute of Virology databases containing information on at least 16,000 virus samples it had studied prior to the pandemic because Daszak said he personally vouched for the lab. (RELATED: ‘What Else Can We Do?’: Scientist On WHO’s Wuhan Team Says They Had To Rely On Assurances From China About Virus Origins)

Daszak personally thanked National Institutes of Allergies and Infectious Diseases Director Dr. Anthony Fauci in an April 2020 email for publicly rejecting the notion that the Wuhan lab could be connected to the release of COVID-19.

“I just wanted to say a personal thankyou on behalf of our staff and collaborators, for publicly standing up and stating that the scientific evidence supports a natural origin for COVID-19 from a bat-to-human spillover, not a lab release from the Wuhan Institute of Virology,” Daszak told Fauci in the email, which was obtained by BuzzFeed News through a Freedom of Information Act (FOIA) lawsuit.

“From my perspective, your comments are brave, and coming from your trusted voice, will help dispel the myths being spun around the virus’ origins,” Daszak added.

Fauci has since altered his position on the lab leak theory, telling PolitiFact’s Katie Sanders in May he was “not convinced” that COVID-19 developed naturally.

Gender and race quotas could result from attorney generals’ stance on school discipline
Next Post
Was intruder posing as reporter at Harris’s Mexico City speech a ‘plant’?