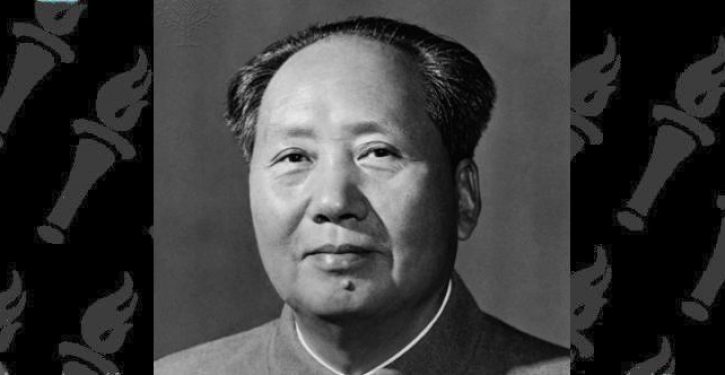 At least 40 million people died in a famine caused by China’s communist government in 1958-60, a famine ironically known as the “Great Leap Forward.” That death toll was increased by an order from communist dictator Mao Zedong telling the people of China to kill off the country’s sparrows. That led to swarms of insects devouring crops in parts of the country.

“The Great Sparrow Campaign was the start of the greatest mass starvation in history,” writes John Platt:

History is littered with environmental disasters, but few compare to the one kicked off in 1958 in China. That was the year Mao Zedong…decided that his country could do without pests like sparrows. The impact of this ill-conceived decision — along with many other policies he put in place — caused a domino effect of destruction. Three years later, as many as 45 million people were dead….Zedong initiated what he dubbed the Great Leap Forward, a massive social and economic campaign that, among many other things, turned farming into a collective, state-sponsored activity. Individual, private farming was banned as part of China’s transformation into a communist system.

One of Zedong’s first actions after collectivizing agriculture was probably intended to protect the farms. Sparrows, he was told, ate a lot of grain seeds, so Zedong ordered the people to go forth and kill all the sparrows. During the Great Sparrow Campaign, as it has been called, hundreds of millions of sparrows were killed, mostly because people chased them until the birds were so tired that they fell out of the sky…

The problem with the Great Sparrow Campaign became evident in 1960. The sparrows, it seemed, didn’t only eat grain seeds. They also ate insects. With no birds to control them, insect populations boomed. Locusts, in particular, swarmed over the country, eating everything they could find — including crops intended for human consumption. People, on the other hand, quickly ran out of things to eat, and millions starved. Numbers vary, of course, with the official number from the Chinese government placed at 15 million. Some scholars, however, estimate that the fatalities were as high as 45 or even 78 million. Chinese journalist Yang Jisheng, who chronicled the famine in his book “Tombstone,” estimates the deaths at 36 million people…

But the people didn’t go down quickly or easily. “Documents report several thousand cases where people ate other people,” Yang told NPR in 2012. “Parents ate their own kids. Kids ate their own parents.”

Perhaps the most tragic aspect is that most of those deaths were unnecessary. Although the fields were empty, massive grain warehouses held enough food to feed the entire country — but the government never released it.

The deaths of the sparrows were not the only contributing factor to the famine, murders and deaths…the central government instituted new agricultural practices that proved to be complete failures…..They also ruthlessly, sadistically and brutally detained, beat and hunted down anyone who appeared to question the situation.

The ban on private holdings ruined peasant life at its most basic level…Villagers were unable to secure enough food to go on living because they were deprived by the commune system of their traditional means of being able to rent, sell, or use their land as collateral for loans.[8] In one village, once the commune was operational the Party boss and his colleagues “swung into manic action, herding villagers into the fields to sleep and to work intolerable hours, and forcing them to walk, starving, to distant additional projects”…. Failure to participate in the CCP’s political campaigns—though the aims of such campaigns were often conflicting—”could result in detention, torture, death, and the suffering of entire families”. Public criticism sessions were often used to intimidate the peasants into obeying local officials; they increased the death rate of the famine in several ways, according to Thaxton. “In the first case, blows to the body caused internal injuries that, in combination with physical emaciation and acute hunger, could induce death.”… beatings with sticks was the most common method used by local cadres and roughly half of all cadres regularly pummeled or caned people. Other cadres devised harsher means to humiliate and torture those who failed to keep up. As mass starvation set in, ever greater violence had to be inflicted in order to coerce malnourished people to labor in the fields. Victims were buried alive, thrown bound into ponds, stripped naked and forced to labor in the middle of winter, doused in boiling water, forced to ingest excrement and urine, and subjected to mutilation (hair ripped out, noses and ears lopped off)….Around 6 to 8% of those who died during the Great Leap Forward were tortured to death or summarily killed….”communist officials sometimes tortured and killed those accused of failing to meet their grain quota.”

It also damaged the environment by creating failed wasteful enterprises that devoured trees and tools while producing worthless lumps of pig iron:

With no personal knowledge of metallurgy, Mao encouraged the establishment of small backyard steel furnaces in every commune and in each urban neighborhood….To fuel the furnaces, the local environment was denuded of trees and wood taken from the doors and furniture of peasants’ houses. Pots, pans, and other metal artifacts were requisitioned to supply the “scrap” for the furnaces…Many of the male agricultural workers were diverted from the harvest to help the iron production…the output consisted of low quality lumps of pig iron which was of negligible economic worth.

Mueller to teach class on Russia probe at UVA law school
Next Post
Earlier ‘Russian flu’ that killed 700,000 may have come from lab leak in China