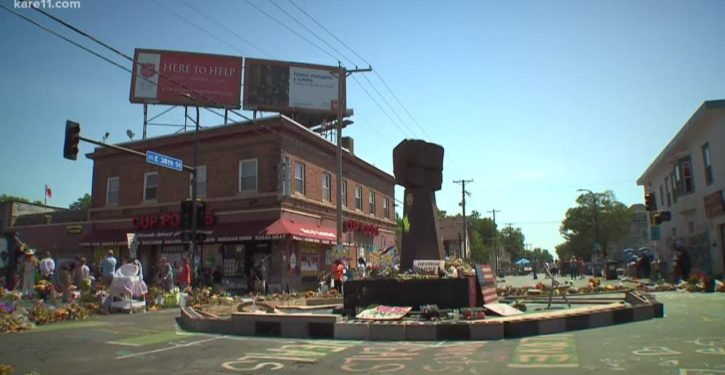 If you’re an advocate of police reform, nothing rains on your parade more than an impromptu raging gun battle.

A news crew had assembled at the makeshift monument known popularly as George Floyd Square in Minneapolis on the one-year anniversary of his death to talk up the George Floyd Justice in Policing Act. They were there to explain how reinventing law enforcement was the key to preventing tragedies like the one that befell Floyd. The counterargument — that the proposal ignores the far more pervasive and deadly impact of black-on-black crime — has gained some ground in the last year. During that period, many cities witnessed dramatic upsurges in the number of non-police-related murders, in some cases by as much as 36%.

The media commentary in Minneapolis seemed to be going as planned when a fusillade of gunshots suddenly shattered the morning calm. At first, the reporter just turned in the direction of the noise, then — as it became obvious that the sounds were gunfire — quickly fled the scene.

BREAKING: Gunfire Breaks Out At George Floyd Square in Minneapolis on Anniversary of His Death; At Least 1 Person Hit

CBS Chicago reports that Minneapolis police begin receiving calls that shots were being fire at around 10:09 a.m. Officers responding to the call say that a vehicle was seen leaving the area at a high rate of speed. The New York Post adds that the an apparent parking dispute seemed to be the catalyst for the gunfire.

First man in world to get COVID vaccine dies (albeit not of COVID)
Next Post
Cartoon of the Day: Intersectionality 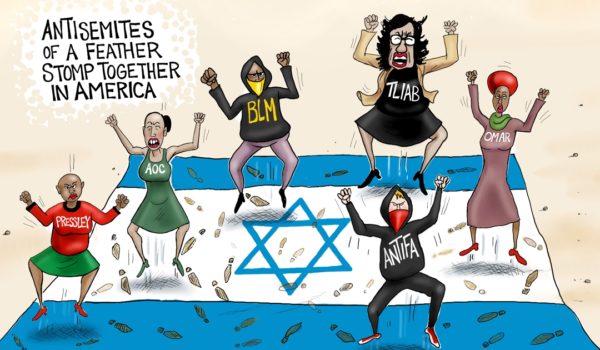