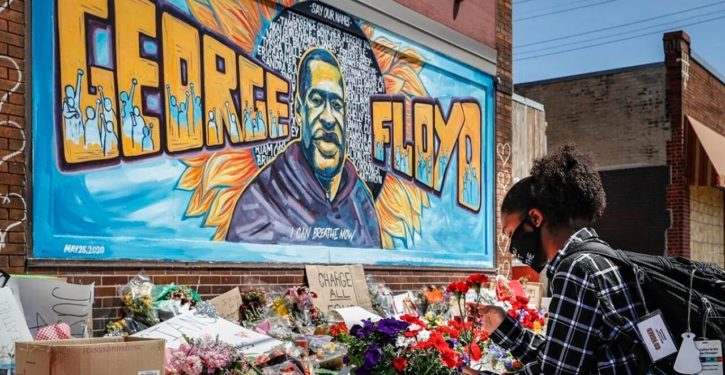 Tomorrow will mark the one-year anniversary since the death of George Floyd at the hands of Minneapolis police. One of the more immediate impacts of the incident was the cry from the Left to neuter or dismantle the police, beginning with the city where Floyd met his untimely end. In June 2020, the Minneapolis City Council voted unanimously to abolish its police department. The plan was to replace the murderous men in blue with some nebulous non-violent intervention strategy that involved social workers. It was never all that obvious how this plan would play out, but apparently it didn’t because by September violent crime had spiked and the city council found itself wondering where the cops were now that they needed them. (RELATED: Black-owned businesses in ‘George Floyd Square’ in desperate need of help … from police)

Ditto for Los Angeles, where, according to a bit of soul-searching by the New York Times, murders are up 36% over last year. The article, titled “A Year After George Floyd: Pressure to Add Police Amid Rising Crime,” begins anecdotally:

Helen Jones grew up in Watts in a time of gang wars and a crack epidemic, when the police used battering rams to knock down the walls of suspected drug houses and Black people were routinely profiled or beaten by street cops.

Then and now, her life has been shaped by violence. …

Last year, Ms. Jones’s demands for fewer police officers and more investment in communities like hers became the demands of a movement — after the police killing of George Floyd in Minneapolis shook the country, inspired the largest mass demonstrations for civil rights in generations and pushed police reform to the forefront of the national agenda.

Now, a year after Mr. Floyd’s death, Los Angeles and other American cities face a surge in violent crime amid pandemic despair and a flood of new guns onto the streets. The surge is prompting cities whose leaders embraced the values of the movement last year to reassess how far they are willing to go to reimagine public safety and divert money away from the police and toward social services.

Jones is adamant that the city stays the course, telling the Times, “I don’t care how bad it gets — no one wants more cops. We don’t need tougher police, we need more alternatives to help people thrive.”

But if Helen Jones has specific suggestions on those “alternatives,” she’s not speaking up. As a result, “more cops is what Los Angeles is getting,” the Times laments:

A year after streets echoed with calls to “defund” law enforcement and city leaders embraced the message by agreeing to take $150 million away from the Los Angeles Police Department, or about 8 percent of the department’s budget, the city last week agreed to increase the police budget to allow the department to hire about 250 officers. The increase essentially restores the cuts that followed the protests.

Fighting violence with talk is a pipe dream, made all the more poignant by the Left’s refusal to address the real root of inner-city violence, including the absence in the home of fathers and gang warfare. Until these problems are reckoned with, the Helen Jones’s of America will be fencing with windmills. 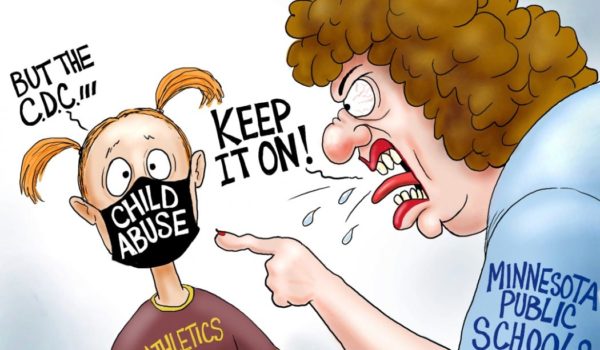 Cartoon of the Day: Adult endangerment
Next Post
Whitmer becomes latest governor to violate her own indoor dining restrictions