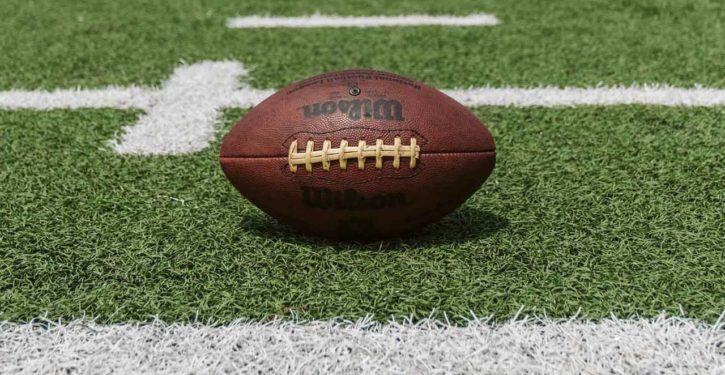 You could have knocked Eugene Chang over with a feather, to resurrect the old expression. Chang had played five seasons as an offensive tackle in the NFL, appearing in 55 career games spread across three teams: the New England Patriots, Jacksonville Jaguars, and Indianapolis Colts. He had also acquired ten years of experience as an assistant coach under Super Bowl winners Andy Reid and Doug Pederson.

Yet, when he was interviewed for a coaching job this offseason, he was told he was not qualified. When he pressed for an explanation, he was told, “You’re not a minority,” according to The Boston Globe.

But Chang, who is Korean, is very much a minority and said so. “I was like, ‘Wait a minute. The last time I checked, when I looked in the mirror and brushed my teeth, I was a minority.'”

It was then that the “truth” was sprung on him: You’re “not the right minority that we’re looking for,” the interviewer told him.

At one time, openly admitting to satisfying a racial quota would have been appalling. But this incident goes well beyond that. In an era where merit has become a dirty word and where a presidential candidate openly concedes that his choice of a running mate will be constrained by sex and race, this incident represents a new low. (RELATED: BLM, pro-Palestinian activists chant ‘Black lives matter, crackers don’t’)

The Left wanted body cams on cops, until they saw the truth
Next Post
VIDEO: Kamala Harris does WHAT after shaking hands with S. Korean president?