Joe Biden had gone a good two or three hours without telling a lie, so by his calculus he was overdue. So what better target to returned to than his great-grandfather. He didn’t say which he was referring to — he had four of them after all — but he did make the claim that his grandfather was a coal miner.

My dad used to say Joey — and I swear to God when he left Scranton, when coal died, my dad was not a [coal miner], he was a sales person, He wasn’t a coal miner, my great grandpop was. [Emphasis added]

So let’s a look at the family tree and see if we can figure out which “grandpop” was a miner. There was George T. Biden, who was born in October 1867, but he was a produce dealer by trade. It couldn’t have been Edward Francis Blewitt, either. Born in January of 1859, he was a civil engineer, businessman, and politician who served as a Democratic member of the Pennsylvania State Senate for the 22nd district from 1907 to 1910. Perhaps it was George Hamilton Robinette, born in Maryland in 1944. But no. Robinette made his daily bread as a locomotive engineer and later a railroad inspector.

That leaves only Owen Finnegan, who emigrated from Ireland as a child. But he died in 1874 in Seneca, N.Y. where he had lived his entire life after coming to America. His son, James, was the first member of the family to move to Scranton.

But why believe these silly genealogies when we can go to the source. Here is Joe Biden himself in 2004 (a transcript follows the video):

Joe Biden: Hey look, everybody tells you, just, you know, ‘Don’t take any chances,’ because the truth of the matter is I’ve gotten myself in trouble. And hell, I might be president now if it weren’t for the fact I said I had an uncle who was a coal miner. It turned out I didn‘t know anybody in the coal mines, you know what I mean?

Biden: I tried that crap you know — it didn’t work! You know what I mean? (Applause) But I actually thought it!

Stewart: You believed it!

Biden: I actually believed it. You know, I’m from Scranton, Pennsylvania, I figured there had to be a coal miner somewhere in the family.

Biden: Nothing! He was an engineer. I mean the guy — you know, we were Irish, you know, and the Irish, I thought the Welsh and English owned the deal. And I — we must have been coal miners. [crosstalk]

Stewart: You took a stab in the dark, huh.

Biden: I took a stab in the dark, and I found out he graduated from Lehigh! I mean, what can I say?

The answer to the question of why Biden lied about this is apparently known only to him. His earlier prevarications, such as his claim that he was jailed in South Africa while trying to gain an audience with imprisoned Nelson Mandela or his alleged run-in with a black gang leader named Corn Pop, were intended to illustrate the steadfastness of his beliefs and his fearlessness. This latest lie in contrast seems pointless. 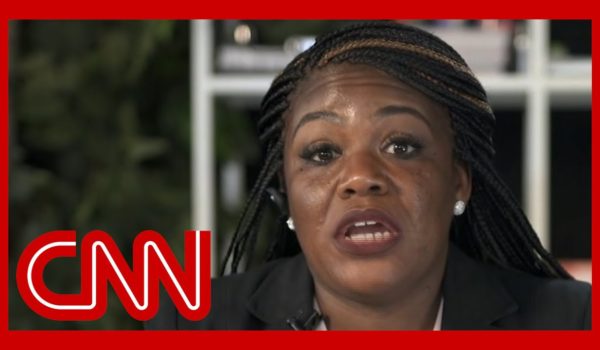 Rep. Cori Bush alleges she was cured of COVID by faith healer over the phone
Next Post
Misuse of ‘unmasking’ term in reports about DOJ and parody accounts pestering Devin Nunes