The real question is why the New York Times bothered to cover the story at all except that they had to know they’d be scooped if they didn’t and wanted to break it to their readers as gently as possible. So a headline was obviously chosen that would soften the blow: “Beneath Joe Biden’s Folksy Demeanor, a Short Fuse and an Obsession With Details.”

The Times writers cushion it further by explaining that “quick decision-making is not Mr. Biden’s style”:

His reputation as a plain-speaking politician hides a more complicated truth. Before making up his mind, the president demands hours of detail-laden debate from scores of policy experts, taking everyone around him on what some in the West Wing refer to as his Socratic ‘journey’ before arriving at a conclusion.

Thoroughness and deliberation are one thing, but dithering over the often world-changing decisions a president is called on to make is something else. “On policy issues,” the writers acknowledge “Mr. Biden, 78, takes days or weeks to make up his mind as he examines and second-guesses himself and others.”

Speaking of dithering, in paragraph 5, the Times writers tug gingerly at the edges of the Band-Aid before finally ripping it off:

Those trips are often difficult for his advisers, who are peppered with sometimes obscure questions. Avoiding Mr. Biden’s ire during one of his decision-making seminars means not only going beyond the vague talking points that he will reject, but also steering clear of responses laced with acronyms or too much policy minutiae, which will prompt an outburst of frustration, often laced with profanity.

For those crestfallen to learn that Biden has a bad temper and foul mouth, the writers offer the assurance that it could be worse: “He never erupts into fits of rage the way President Donald J. Trump did.” The link takes you to another Times article, this one from last December, that berates the former president for “his rage and detached-from-reality refusal to concede defeat.” You can decide for yourself whether it is fair to compare Biden’s frustrations over his own lack of competence to Trump’s understandable pique over the shadowy handling of the 2020 election.

What we are left with ultimately is a leader of the free world in so far over his head that he lashes out at staffers who are unable to read his mind as he fumbles to understand:

But several people familiar with the president’s decision-making style said Mr. Biden was quick to cut off conversations. Three people who work closely with him said he even occasionally hangs up the phone on someone who he thinks is wasting his time. Most described Mr. Biden as having little patience for advisers who cannot field his many questions. [Emphasis added]

If Biden fans are looking for something to fall back on, they can always console themselves with the fact that Biden doesn’t write mean tweets. That overlooks the likelihood that he probably doesn’t understand the first thing about sending a tweet, but that’s another story. 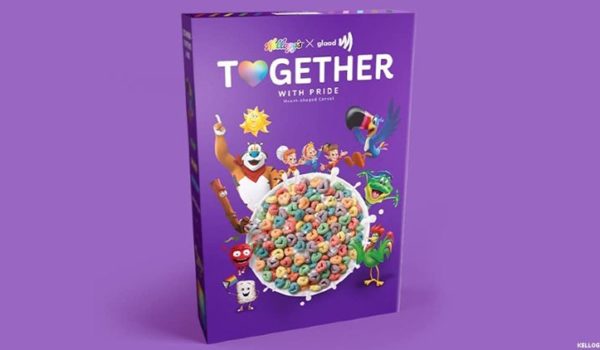 Kellogg’s releases kids’ breakfast cereal for the LGBTQ crowd?
Next Post
Biden is proving even more of a ‘master of disaster’ than Jimmy Carter