As J.E. Dyer reported on May 6, House Democrats have introduced a bill to erect a permanent memorial to the Jan. 6 Capitol “insurrection” (i.e., a day that will live in infamy). I wouldn’t be surprised to see the Dems push for making the date a national holiday, akin to Dec. 7, as part of their ongoing efforts to create a federal case out of an uprising that was no worse in practice than any of the “peaceful protests” that broke out in the streets of America’s Democrat-run cities during the summer of 2020.

The Left of course doesn’t want to push too hard since it’s now been established that the lone non-Trump supporter who died in the melee, Capitol Police Officer Brian Sicknick, died of natural causes.

In the meantime, Democrats received some news yesterday that should give them optimism that their dream of a “Donald Trump Day,” akin to Britain’s Guy Fawkes Day, may become a reality yet. Frank Figliuzzi, former assistant director for counterintelligence at the FBI, was a guest on MSNBC’s “Alex Witt Reports,” where he informed the host that the Capitol Hill riot investigation has now surpassed the 9/11 probe as largest in FBI history. Watch (a transcript follows):

Alex Witt: Who are the worst of the worst and why haven’t they been caught or at least identified?

Frank Figliuzzi: They may fall into a couple of categories with that definition. First, it would be organizers and planners and those that led this and intended for there to be violence and the second category would be those who showed up, but acted out very violently according to security cameras and social media and that — those two groups together could constitute the worst of the worst. Alex, this still is the largest, fastest-moving investigation in FBI history and it has surpassed the 9/11 aftermath investigation. Part of the problem with these remaining folks and now we’re headed to 500 indictments and arrests are that there are true believers in this group. So the witnesses to this mob were in the mob and they are extremely reticent to cooperate with law enforcement and turn in people they believe were doing something on a mission and for a cause and that’s one of the issues and the other is that law enforcement has been very dependent on social media recordings and postings before, during and after and they have chosen strategically to not bring those devices to the crime they were committing and that’s why you’re seeing the crowdsourcing technique and that’s why you’re seeing the photos every day. Do you see this person? This crowdsourcing technique is successful.

Witt: Are you confident to the point of getting each and every one. I know you told me that the FBI will not stop until they get everyone that they want to get. Do you think that’s still the case?

Figliuzzi: Yeah. They’re not going to close a case, a file on someone even if they’re an unsub, an unknown subject, and that file will remain open until they’re captured. Will they get every single person? Probably not, but we should be focused on the planners and the organizers and we should be very encouraged that we know of one, if not a couple of people who signed a cooperation agreement, a founding member of oath keepers, a lifetime member, is now allegedly cooperating for his plea agreement. 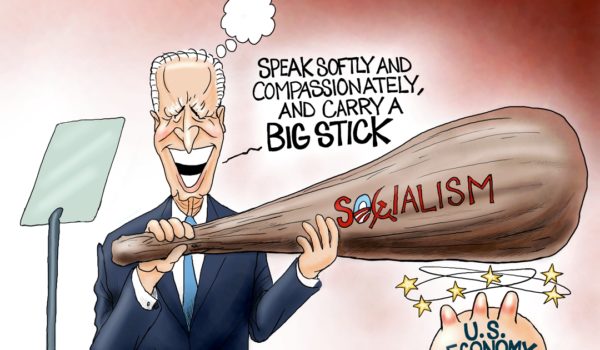 Cartoon of the Day: Welcome to the club
Next Post
35 tons of garbage, including 700 lbs of human waste, removed from L.A. homeless camp