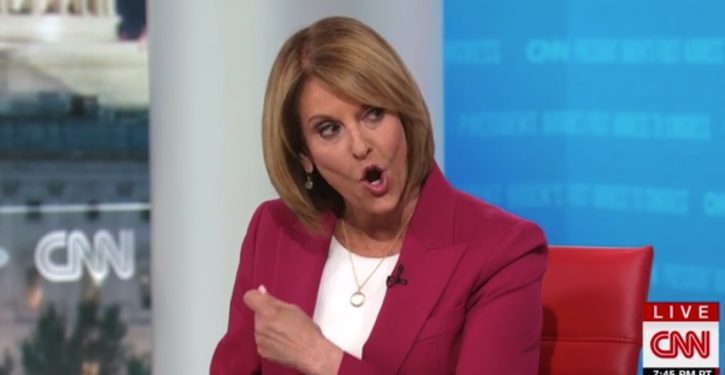 Say it enough times and you start to believe it. That appears to be Joe Biden’s strategy as he takes victory lap after victory lap for having launched the COVID-19 vaccination protocol. Although some pundits had speculated that Biden might mention Donald Trump’s contribution to the battle against the virus in his speech to a joint session of Congress, Biden passed up the chance for real unity to bask in his own radiance.

The irony in Biden’s obstinacy, which includes his having claimed that the U.S. didn’t have a COVID vaccine when he took office, resides in the fact that his much-publicized first injection was administered on Dec. 21 and his second on Jan. 11. Now, class, who was president on those dates?

So how effective has Biden’s repeated lie been? Effective enough to dupe CNN analyst Gloria Borger into declaring on live TV that Operation Warp Speed happened under the Biden’s presidency. Watch. (A transcript of her remarks follows.)

What also struck me was that this was not a message that was a Donald trump message, at all. He was not speaking to the base of the party except in one area where he was refusing to give Joe Biden any credit on COVID-19. He said, the tide had already turned on COVID-19 when — when Biden became president. And of course, everybody understands that Operation Warp Speed happened under Joe Biden but getting vaccines into arms was a Biden operation.

In fairness, it sounds as though Borger tripped herself up, intending to give Trump credit before adding — falsely — that getting vaccines into arms was all Biden. But the damage was done. CNN viewers received the message that “Operation Warp Speed happened under Joe Biden,” which they will doubtless claim in ensuing arguments.