Who knew Tulane University had the budget to pay guest faculty $50,000 a month? That was the amount Hunter Biden was paid for lending his “expertise” to Burisma, according to the New York Times, and I can’t imagine he’d settle for a penny less for his latest gig, considering his extravagant lifestyle.

Questions of remuneration aside, Biden fils will be teaching a course this fall at the New Orleans university. The subject? Fake news. Biden will be one of several media luminaries to deliver lectures in the course, titled “Media Polarization and Public Policy Impacts.” Others notables include Juan Williams, the New Yorker’s Susan Glasser, CNN’s Kyle Atwood, and Michael Fauntleroy of Howard University.

A copy of the syllabus obtained by the Daily Mail explains that the course “will explore the current state of the media landscape in the United States and how media polarization, fake news, and the economics of the news business impact public policymaking in Washington, D.C.”

So where does the president’s son fit in? As conservative filmmaker Phelim McAleer is quoted as observing:

Hunter Biden has no background in media. He has never worked for a newspaper or a media outlet. Hunter Biden lecturing a class on fake news is like Harvey Weinstein teaching a course to prevent sexual harassment. It shouldn’t be happening. Period.

I can’t say with confidence that being a liar has any connection to teaching about fake news, but Hunter Biden has an impressive list of plaudits in the lying department. He has claimed that he has no recollection of meeting the stripper with whom he had a child out of wedlock or of a laptop he turned over to a Delaware repair shop despite the existence of a receipt bearing his signature.

So far, there has been no comment from his proud father, though the elder Biden is quite a prevaricator himself, so it would be impossible to know what he really thinks. 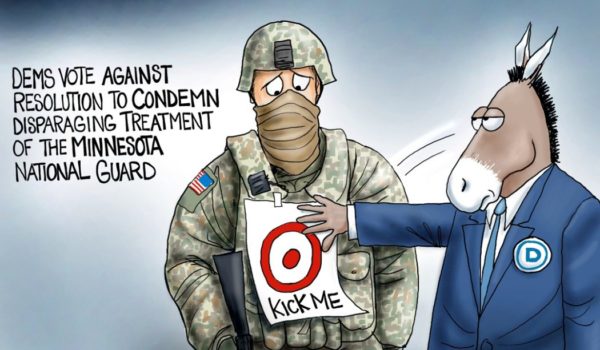