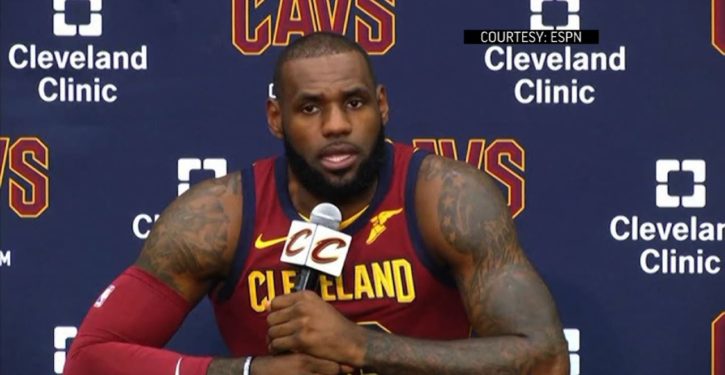 Lebron James has a big platform. A loud voice. And a curiously selective sense of outrage.

If we didn’t know better, we’d suspect his political opinions are nothing more than paid political shout-outs purchased by big-money activists.

Come to think of it, that’s a pretty plausible explanation of how he can get out so far over his skis on all the right hot-button issues while being all but indifferent to the rest.

Consider how Lebron rushed to accuse the Columbus cop who chose to save the life of the woman in pink in last week’s police shooting last week (BLM’s latest cause célèbre) rather than let her get stabbed by Ma’Khia Bryant.

The life of Ma’Khia mattered to Lebron, as well it should have. But there was a second life there. Did the life of the woman in pink not also matter?

Her identity is still not widely reported, which is fortunate (I’ll  explain why presently). But activists are not happy about their tidy narrative being disrupted by a white cop saving a black woman from her black attacker.

Not happy at all.

If they care so much about lives mattering, tell me why this is happening (via Fox 8 Cleveland):

Police video this week showed a Columbus officer shot a 16-year-old girl as she was about to stab a woman. That woman went to stay with a relative in Cleveland. Then she called police to report her life is in danger. She told police Friday someone posted her current and former addresses, phone number and picture on social media. That led others to share it on social media.

Then, the woman started seeing “threatening comments” about how she “should be beat or killed.” Someone even posted “they were on their way to her current address to kill her.”

The woman told Cleveland officers that in light of the shooting and what’s happened since she is in “extreme mental anguish.”

This unidentified woman did literally nothing wrong. In a political world so narrowly defined in terms of victim and oppressor, you’d think the activist Left could see that if anyone in this exchange was a genuine victim, it was the one staring down the business end of a kitchen knife. But no. Lebron is not admonishing those who are threatening this woman to back off and leave her alone. Is that because he more interested in the narrative (of whipping up hatred of police) than he is in the actual humanity of any lives his activism leverages?

Whatever the answer, James has yet to utter word one about this victim:

Her name is Jaslyn Adams. She was seven (notice the past tense). She was murdered in her hometown of Chicago on Apr. 18 as she and her Dad waited in the drive-thru lane of a McDonald’s. Forty-five shots were fired into the car.

Lebron James has yet to post a photo of Lewis on Twitter with the caption “You’re next #Accountability” as he did for the police officer who saved the life of the Columbus woman in pink.

Iran busts an info op on U.S. media, and it’s a doozy
Next Post
Cartoon of the Day: Logan Act, Schmogan Act 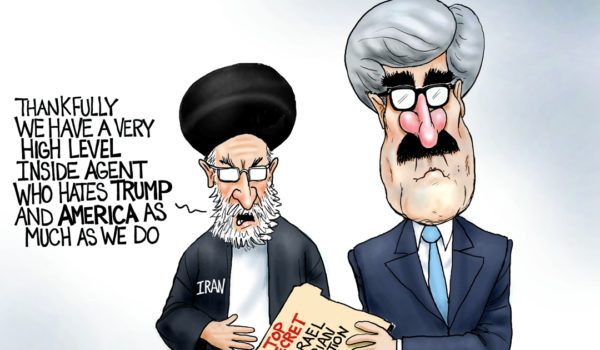