Paul Krugman wears many hats. He wears the hat of Pulitzer Prize-winning New York Times op-ed columnist and the hat of Nobel Prize-winning economist. Unfortunately, none of them fit him particularly well. When, for example, he excoriated gun-crazed Republicans for the horrific shootings in Tuscon in 2011 , you just had to know that the gunman would turn out to be apolitical. (One former classmate in fact described him as “quite liberal.”)

So it was hardly surprising when Krugman last week tweeted out his belief that the “summer of love” and the attendant violence and destruction never actually happened: 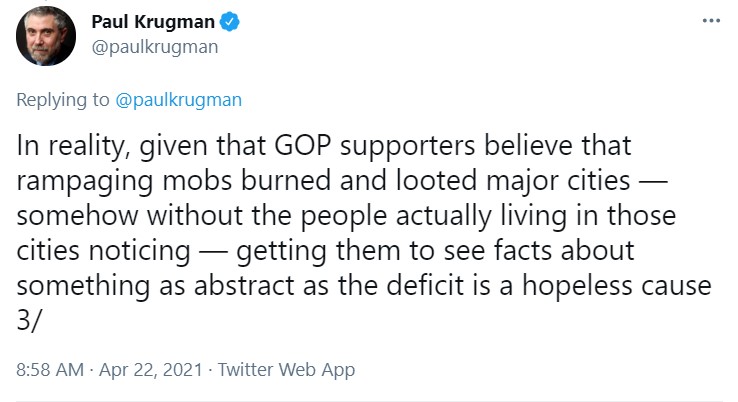 The story blasted Oklahoma, Iowa, Indiana, Florida and other states for steps taken to prevent rioting, looting and violence that sometimes occurs during civil rights demonstrations and other forms of protests. Protests and riots following the 2020 killing of Floyd resulted in at least 18 deaths, $350 million worth of property damage in the Minneapolis area and nearly $2 billion nationwide.

Krugman’s tweet was answered by countless photo collages and accounts of the wanton destruction visited on American cities, most of them run by Democratic mayors.

I can assure you people who lived in cities and towns last year noticed the rioting. Pictures I took in (L) Kenosha and (R) Minneapolis: https://t.co/ksO8rAkHeZ pic.twitter.com/a4jpJ6fRJF

Ironically, one of those mayors whose city was one of the hardest hit, Ted Wheeler of Portland, just woke up to the reality of the never-ending cycle of violence and destruction:

He pleaded for the help of the citizens of Portland in ‘standing up’ to the anarchists who have been running the town since last summer. He even promised that the police would be unleashed to restore order.

If someone as far-left as Wheeler can recognize the source of the problem (even if he can’t bring himself to name the groups responsible), maybe there is hope for Krugman yet.

Schumer watches Oscars with ‘plant-based beer’; thanks Joe Biden
Next Post
Cartoon of the Day: Land of the freebie 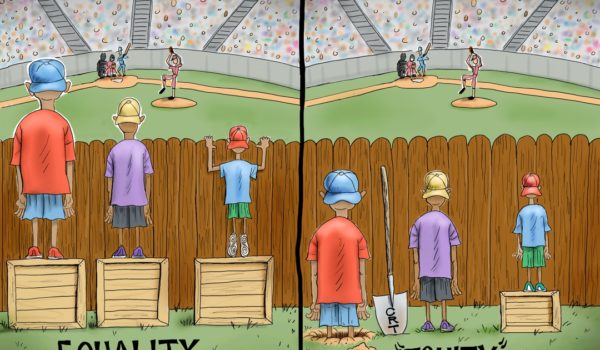