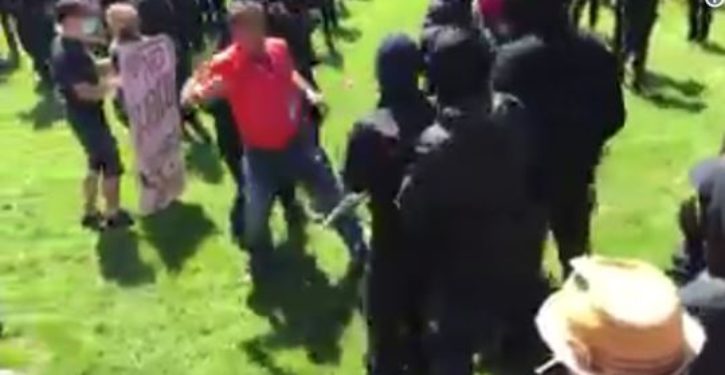 The headline reads “Black-clad antifa attack peaceful right wing demonstrators in Berkeley.” This summary of the events of the weekend in a park in Berkeley is measured and unemotional, as news coverage should be.

Their faces hidden behind black bandannas and hoodies, about a 100 anarchists and antifa — “anti-fascist” — barreled into a protest Sunday afternoon in Berkeley’s Martin Luther King Jr. Civic Center Park.

Jumping over plastic and concrete barriers, the group melted into a larger crowd of around 2,000 that had marched peacefully throughout the sunny afternoon for a “Rally Against Hate” gathering.

Shortly after, violence began to flare. A pepper-spray wielding Trump supporter was smacked to the ground with homemade shields. Another was attacked by five black-clad antifas, each windmilling kicks and punches into a man desperately trying to protect himself. A conservative group leader retreated for safety behind a line of riot police as marchers chucked water bottles, shot off pepper spray and screamed “fascist go home!”

So what is the source of this report? A better question: How would, say, The Washington Post describe the same confrontation? Last week, in its description of a similar clash in Phoenix, the Post labeled Antifa demonstrators peace activists. So would the Post approve of the above column?

Surprise: The Post did! The article is from the WaPo.

A more reasonable explanation can be found in the byline: Kyle Swenson. The name may not be familiar unless you’re from Florida. Swenson was a reporter for The New Times Broward-Palm Beach until June, when he was hired as a writer for the Post’s “Morning Mix” team. Maybe he hasn’t received the paper’s stylebook.

Or maybe they’re just getting careless. 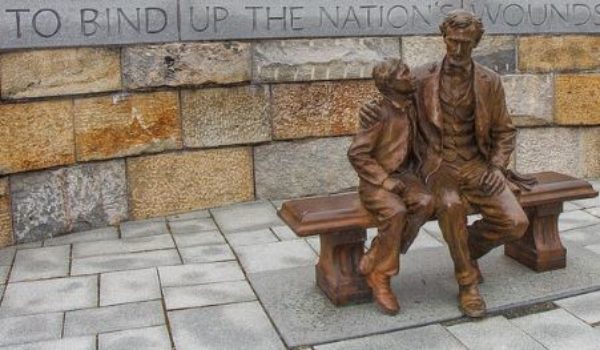