“The Virginia Department of Education (VDOE) is moving to eliminate all accelerated math options prior to 11th grade, effectively keeping higher-achieving students from advancing as they usually would in the school system,” reports Fox News. It is doing this to promote “equity,” reports the Washington Times. VDOE also seeks to funnel all Virginia students into classes that focus on vague “concepts” rather than “computation and routine problem practice.”

But in practice, teachers won’t provide such instruction for bright students in a class, because that would require them to provide multiple levels of instruction simultaneously. That is virtually impossible to do effectively. A teacher cannot give two different lectures at the same time. Most teachers resist the concept of differentiated instruction, because they simply can’t provide individualized instruction for different students in the same class. A 2008 study found 83 percent of U.S. teachers said it was difficult to implement.

The problem with differentiated instruction, according to former education professor James Delisle, is that for the teacher it is more difficult “than it is to juggle with one arm tied behind your back.” Delisle cited an Education Week article which noted, “In every case, D.I. seemed to complicate teachers’ work, requiring them to procure and assemble multiple sets of materials, … and it dumbed down instruction.”

Opponents of advanced classes make it sound as if “differentiated instruction” is an alternative to putting kids of different abilities in different classes. But it isn’t really an alternative, because a teacher generally can’t provide “differentiated instruction” in any meaningful way. Yet education officials cite this illusory alternative to defuse opposition to their efforts to ban advanced classes.

Why do opponents of advanced classes want to ban them? In what seems like magical thinking, they hope that putting advanced students in ordinary classes will make ordinary students learn more. As one put it, “It’s best to have mixed-ability classes. Accelerated math classes takes higher ability students from normal class pools, which takes away a resource for learning.”

But most teachers view mixed-ability classes as impractical, and think putting students of all abilities in the same class will bore bright students while leaving some slow students unable to keep up.  As one academic put it, “I have found it’s easier to teach” and “more effective when the spread of ability is narrower. The wider the spread, more likely it is that students at one tail will be bored, and the other tail will fall behind.”

A parent in Loudoun County, Virginia explained the changes as follows: “Lower standards for all students in the name of equity.” “These changes will have a profound impact on students who excel in STEM-related curriculum, weakening our country’s ability to compete in a global marketplace for years to come.”

As James Bacon, the former publisher of Virginia Business, notes, “Proponents of the overhaul say it would promote educational ‘equity’ — a code word for equal educational outcomes between racial and ethnic groups.” But many Northern Virginia parents “contend that by eliminating all accelerated math classes through 10th grade,” it “would hold back higher-achieving students.”

The overhaul is part of the Virginia Mathematics Pathway Initiative. “The VMPI, which is in the advanced phases of development, is part of a larger equity-driven reengineering of public school curricula in Virginia, including the potential” elimination of “‘advanced’ high school diplomas.”

VDOE officials, who are driving the process, cloak the changes with bureaucratic jargon that is largely unintelligible to the public. The public does not elect the head of VDOE, or members of the Virginia Board of Education. They are all picked by Virginia’s progressive governor.

Bacon says that although the motive behind the new curriculum “is ‘equity,’ reducing educational disparities between whites, blacks, Hispanics and Asians,” VDOE officials don’t explain how it would actually achieve that goal. “No one spells it out. Foes of the new pathway have concluded, not illogically, that the unstated purpose is to achieve equal outcomes by denying higher-achieving students the opportunity to advance at a faster pace.”

These curriculum changes have not been formally approved yet, and may take a couple years to go into effect. If you have concerns about these changes, you can contact the Virginia Board of Education by sending an email to [email protected] The Virginia school superintendent can be reached at [email protected] 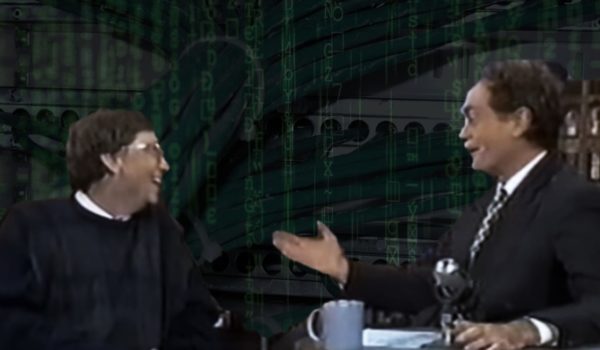