A painful episode, one that ought to be embarrassing for media and politicians alike, comes to an ignominious end.

On Monday, the Washington, D.C. Medical Examiner, Francisco J. Diaz, issued a report that U.S. Capitol Police Officer Brian Sicknick died of natural causes on January 7 2021 – and, as numerous pundits have noted, did not die from injuries sustained in the Capitol riot the day before.

The finding that Sicknick’s death was not related to injuries from the riot presumably means that it will be hard to make a homicide case against anyone in the matter of his death.  Two men are charged with using bear spray on Officer Sicknick during the breach of the Capitol building, but according to the Washington Post, Diaz “said the autopsy found no evidence the 42-year-old officer suffered an allergic reaction to chemical irritants, which Diaz said would have caused Sicknick’s throat to quickly seize.”

The Post continued: “Diaz also said there was no evidence of internal or external injuries.”

Instead, Sicknick died of a pair of strokes, apparently due to a blood clot in his brain stem.

It may remain theoretically possible that a physical reaction to the stress of the riot contributed to Officer Sicknick’s death.  Even that is doubtful, however.  Not only does the medical examiner reject that theory; other experts, reviewing what the public has known about the situation, concur that there is no meaningful likelihood of such an explanation.  The neurologist cited at that link said as much back in February, based on the Sicknick family’s reference to a stroke induced by a blood clot.

That explanation, and not the narratives about bear spray – or, earlier, about Sicknick being hit with a fire extinguisher – is the one that has stood the test of time.

Media jumped the gun with the fire extinguisher story, however, when the New York Times first reported it on January 8.  Julie Kelly, writing at American Greatness, posted a reminder that it took the concerted effort of other media outlets to get NYT to issue a quiet retraction of that poorly sourced story, which never had any support from the medical examiner’s office.

The media also eagerly embraced and touted the bear spray theory.  But more significantly still, officials of the federal government attributed Sicknick’s death to injuries suffered in the riot, going out of their way to make unnecessary statements that bolstered the unsubstantiated claim.

The Justice Department, which would ordinarily not prejudge a cause of death, did exactly that in a statement by Acting Attorney General Jeffrey Rosen on January 8:  “Our thoughts and prayers are with the family and fellow officers of U.S. Capitol Police Officer Brian D. Sicknick, who succumbed last night to the injuries he suffered defending the U.S. Capitol, against the violent mob who stormed it on January 6th.”

The House Democrats included a statement that Sicknick died of injuries from the falsely-alleged fire extinguisher attack in the pre-trial memo for former President Trump’s impeachment trial (page 28):  “Insurrectionists killed a Capitol police officer by striking him in the head with a fire extinguisher.”

Julie Kelly argues that the myths about Sicknick’s death were central to the claim that five people died because of the riot.  Sicknick’s death, she says, “also was part of a bigger fabrication related to January 6—that five people died because of the violence.”  But, “The only person killed was Ashli Babbitt; the officer who shot her remains unidentified and the Justice Department announced last week it had closed the investigation into her death.”

The neurologist consulted by blogger Techno Fog felt sure the medical examiner had reached his conclusion long before mid-late February, when Techno Fog spoke to him.  In fact, as mentioned, the Sicknick family said shortly after his death that they understood the problem to be a stroke brought on by a blood clot.

Yet for the last three months, processes of law have been materially affected by false stories fostered and spread not only by the media but by government agencies.  We are entitled to wonder what other aspects of the Capitol riot are being distorted in the same way.

Liberty Unyielding offers our renewed condolences to his family.  Officer Brian Sicknick, U.S. Capitol Police, should be remembered for his service in the military and law enforcement, and the good others know better than we that he did for his world.  R.I.P.

Biden embraces critical race theory and radical indoctrination about race and history
Next Post
As Chauvin trial heads toward denouement, the elephant in the room remains 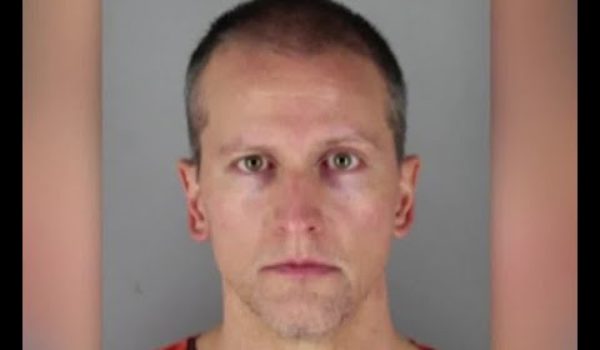