The hits just keep on coming. From claiming he had been arrested in South Africa while trying to visit Nelson Mandela in prison to accusing Donald Trump of letting unaccompanied minors starve and die when in reality these children were flown home and handed over to social-service agencies in their countries, Joe Biden continues to let a lie be his umbrella.

In many cases, the heroic versions of events he tells is the diametric opposites of what really happened. Take, for example, his boast earlier this week:

I said among with [sic] others we’d follow Osama bin Laden to the gates of hell if need be. That’s exactly what we did, and we got him.

Compare Biden’s words with those he uttered in 2012. As USA Today reported:

Biden has talked about his opposition to the raid, citing uncertainty as to whether bin Laden was really at the Pakistani compound that was targeted.

This year, Biden told a group of Democrats that in a pre-raid staff meeting, “every single person in that room hedged their bet except (then-CIA Director) Leon Panetta. Leon said go. Everyone else said, 49, 51 (percent chance of success).”

Biden said of Obama, “He got to me. He said, ‘Joe, what do you think?’ And I said, ‘You know, I didn’t know we had so many economists around the table.’ I said, ‘We owe the man a direct answer. Mr. President, my suggestion is, don’t go. We have to do two more things to see if he (bin Laden) is there.’

It will be interesting to see how Biden frames the aftermath of his decision to pull all troops out of Afghanistan on the ceremonial date of Sept. 11 if the move is viewed as a white flag by the Taliban, as some commentators are fearing.

Open thread (4/16/21)
Next Post
Cartoon of the Day: The Three Puppeteers 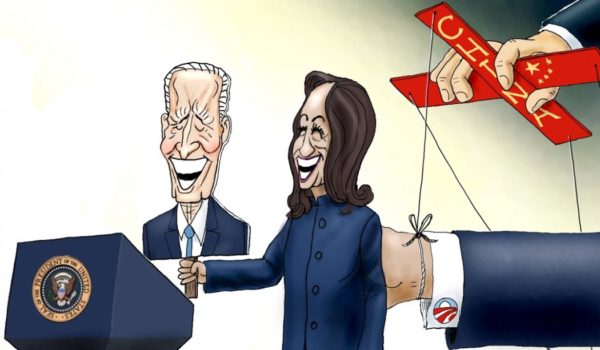