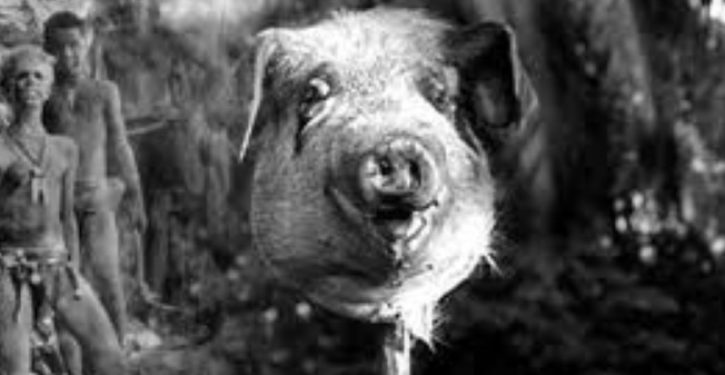 Scene from the film "Lord of the Flies"

Yesterday a group of angry protesters congregated outside police headquarters in Brooklyn Center, Minn., holding aloft a pig’s head wearing a cop hat. The intended symbolism is obvious, but a secondary interpretation of the symbol makes a powerful statement about the protesters themselves.

The image of a severed head of a big on a stake lends the vision and title to William Golding’s Nobel Prize-winning novel “Lord of the Flies.” The book, published in 1954, depicts a group of elementary school-age children stranded on an uninhabited island after the plane they were aboard crashes and they are left to fend for themselves.

The idea for the book came to Golding after he read several 19th-century youth novels about stranded children that struck him as unrealistic and set out to write a book “about children on an island, children who behave in the way children really would behave.”

The children in “Lord of the Flies” behave grotesquely. After starting out as a united team with the single-minded goal of summoning help by building and vigilantly maintaining a signal fire, they split into factions, one driven by baser instincts including groupthink, irrationality, and increasingly immorality, ending ultimately in murder. Believing that they are being stalked by a “beast,” they erect an offering in the form of a severed pig’s head mounted on a sharpened stick. They consecrate the offering, which soon swarms with flies, as he “Lord of the Flies.”

The real beast, the reader discovers by the novel’s end, is the beast within.

How fascinating to watch these adults yielding to mob mentality as they parade around ritualistically brandishing their own “Lord of the Flies.”

The question that arises is who is going to rescue these savages from the beast within? (RELATED: Warrant for Daunte Wright released: Here’s why he was being arrested)

Previous Post
GMU President’s email to GMU Faculty about Inclusive Excellence Framework for Hiring
Next Post
Cartoon of the Day: We’re from the government, and we’re here to help 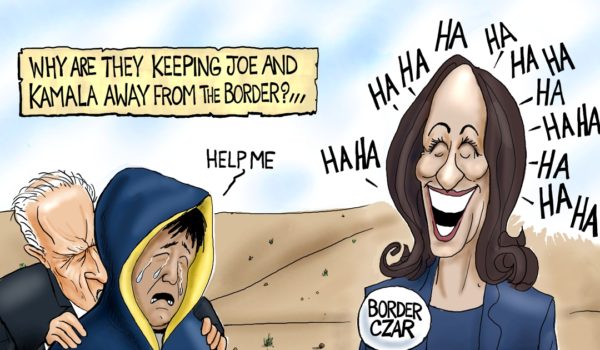