President Joe Biden’s pick to lead U.S. Customs and Border Protection jumped on the bandwagon in 2019 against a group of Kentucky high school students who were falsely accused of harassing an American Indian in Washington, D.C.

Chris Magnus, the Biden nominee, accused the Covington Catholic High School students on Twitter of engaging in “cruel” behavior while questioning their upbringing.

“How do kids get like this?” Magnus, who currently serves as chief of the Tucson police department, tweeted on Jan. 20, 2019 along with a photo of Covington student Nick Sandmann standing face-to-face with a man named Nathan Phillips.

“What kind of parenting or school experience leads to this?” Magnus asked in the tweet.

“Mob mentality, adolescent behavior – sure. But this has to be called out as cruel & wrong,” wrote Magnus, who accused the Covington students of mocking Phillips.

High school students mock Native American elder/Vietnam veteran at Lincoln Memorial. Politics aside, how do kids get like this? What kind of parenting or school experience leads to this? Mob mentality, adolescent behavior–sure. But this has to be called out as cruel & wrong. pic.twitter.com/NJsCnJtCjA

Magnus’s Twitter account is not verified by the social media site, but the Tucson police department has previously identified him as the user of the account @ChiefCMagnus.

Media outlets and pundits seized on a partial video of Sandmann and Phillips that they said showed that Sandmann had confronted Phillips and that the Covington kids were taunting him.

The story was soon debunked after a more complete video of the incident emerged.

The footage showed Sandmann standing with his classmates at the Lincoln Memorial as Phillips, who is in his 60s, walked up to Sandmann and began chanting within inches of his face.

Sandmann settled with CNN and The Washington Post in defamation lawsuits he filed against the news outlets for stories they published making allegations similar to Magnus’s.

The Tucson police department declined to provide a request for comment from Magnus, who was a vocal critic of President Donald Trump’s immigration policies.

“The Chief isn’t taking any requests currently,” a spokesperson for the department told The Daily Caller News Foundation. 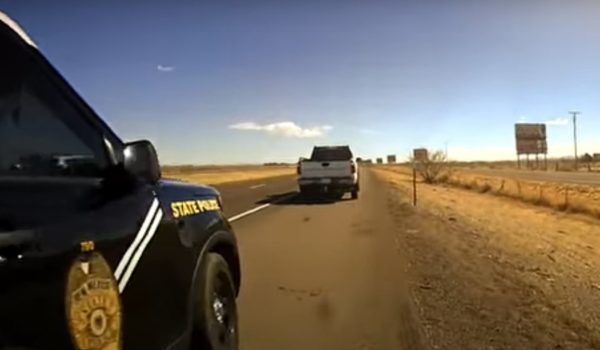