Barack Obama was the first Democrat to pigeonhole all working class whites as “bitter” people who “cling to guns or religion or antipathy to people who aren’t like them.” Never mind the stick-like-glue irony of the fact that his words fairly dripped with “antipathy to people who aren’t like” him. The dye was cast, and even celebrated years later by progressives like blogger Jeff Spross, who opined at “The Week” in 2016 that “Obama was raked over the coals for saying this. Yet in retrospect, what he said before and after was remarkably prescient, hitting every major theme that has driven Donald Trump to the head of the Republican primary.” (Spross himself is white, but he is also woke, so he gets a pass.)

Time was when assigning stereotypes to a race of people was universally condemned as bigoted. Nowadays, it’s accepted and even welcome, so long as the target is deserving.

The sad thing is that we have reached a point as a society where the stereotype of “whiteness” is used by people who have no clue that that’s what they’re doing.

Consider this explanation by White House Press Secretary Jen Psaki of how the Left is attempting to build “vaccine confidence” among white conservatives because — Lord knows — every white conservative subscribes to the same monolithic mentality that includes the opinion that the COVID vaccine is evil and to be shunned. (I suppose that nonwhites need no such persuasion en masse even though, according to Kaiser Family Foundation, “a larger share of Black women (41%) and Black men (45%) say they want to ‘wait and see’ how the vaccine is working for others before getting vaccinated themselves.”)

So how is the White House reaching out to the privileged class? By running public service announcements about the vaccine on “the Deadliest Catch, NASCAR, and Country Music TV.”

Probably the best-known quote from Sun Tzu’s “The Art of War” begins, “If you know the enemy and know yourself, you need not fear the result of a hundred battles.” Perhaps as they head into the 2022 midterms, Democrats would be well-advised to learn more about its archrival.

Irony alert: Biden holds back aid to Ukraine
Next Post
Cartoon of the Day: Pork-astucture 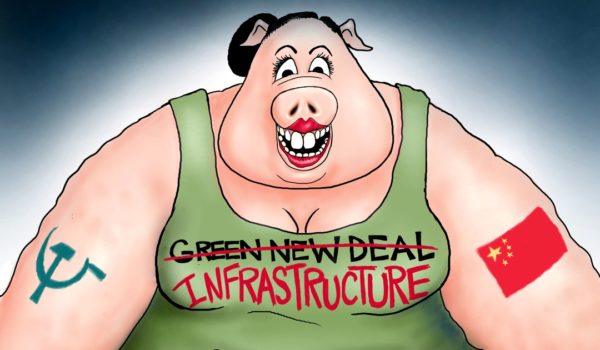