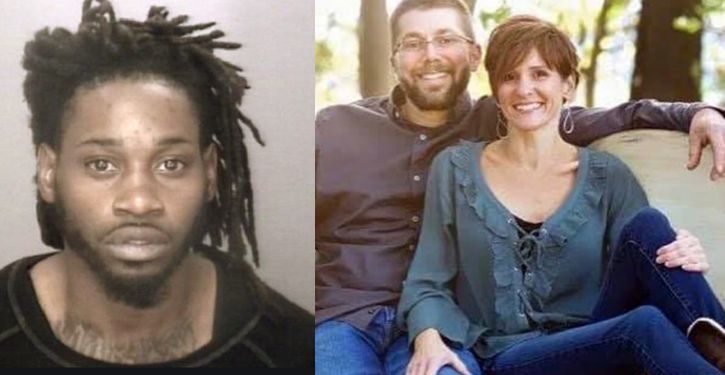 What is the sound of one person road-raging? That seemingly metaphysical question was answered last month by a deadly shooting that claimed the life of a mother of six. The victim, Julie Eberly, 47, of Manheim, Pa., was on her way to Hilton Head Island, S.C. with her husband Ryan, where the couple planned to celebrate their seventh wedding anniversary.

They were headed south on Interstate 95 when their path literally crossed with that of Dejywan R. Floyd, 29. As Ryan Eberly recounted to the police, according to KABC:

I didn’t see that he was going around me and I pushed him into the shoulder mistakenly. As soon as I was able, I gave him room to get back on the highway. No car contact, no nothing.

But that wasn’t how Floyd saw the situation. According to a statement by the Robeson County Sheriff’s Office:

The suspect … pulled to the victim’s passenger side, rolled down his window and fired multiple shots into the passenger door. Witnesses stated that the suspect then drove off and exited at Exit 22. The victim’s vehicle then pulled over on I95 and waited for medical assistance.

One of the bullets found Julie Eberly, who was taken to an area hospital where she later died of her wounds. Police were able to track Floyd down by means of surveillance video. According to the New York Times, he was arrested last Thursday, a week to the day after the shooting, in an apartment in Lumberton, N.C. He has been charged with first-degree murder and is being held without bond.

But what sets this crime apart from other road rage incidents gone bad is that the victims had no idea that the “infraction” they committed, if there was one, was sufficient to prompt the suspect to use deadly force. As the sheriff’s report curiously notes “a road rage encounter unknowingly developed.”

Manchin delivers a massive blow to Biden’s ‘infrastructure’ plan
Next Post
Cartoon of the Day: Queens of Mean 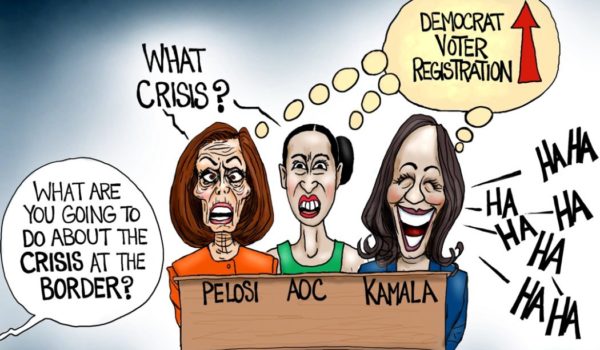