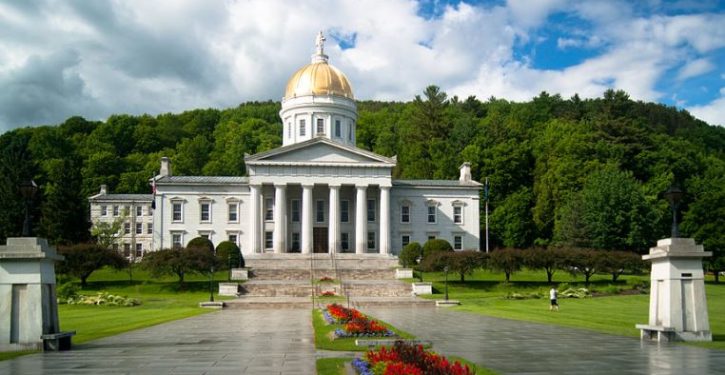 Vermont is giving racial minorities and their families a preference in access to the COVID-19 vaccine. As the state’s governor explained on Twitter, “If you or anyone in your household identifies as Black, Indigenous, or a person of color (BIPOC), including anyone with Abenaki or other First Nations heritage, all household members who are 16 years or older can sign up to get a vaccine!”

This is unconstitutional. The Supreme Court has ruled that preferences for racial minorities are presumptively unconstitutional, and that even if minority groups have faced “societal discrimination,” that is not a reason to give them a preference. (See Richmond v. J.A. Croson Co. (1989)).

A state can give minorities a preference in access to a benefit only when there is evidence that it itself has recently discriminated against them in that area. (See Hammon v. Barry (1987); Brunet v. Columbus (1993)).

That means evidence of widespread discrimination by the state, not just a few individual instances of discrimination. (See Middleton v. City of Flint (1996)).

Vermont hasn’t even claimed that it committed any such recent discrimination against minorities. So it can’t give any minority group a preference, much less give a preference to all of them.

There is no evidence that Vermont systematically discriminates against minorities in healthcare. Vermont has historically been the least racist state in America. Vermont was the first of the American colonies to abolish slavery and allow people regardless of race to vote. As a state, it never segregated its schools, and never kept people from voting based on their race.

The Supreme Court ruled that the city of Richmond — the capital of the confederacy — could not give blacks a racial preference just because blacks were underrepresented in city contracts. (See Richmond v. J.A. Croson Co. (1989)).

So Vermont, with far less of a history of discrimination, certainly cannot give minority groups a racial preference.

Vermont has not pointed to any discrimination by the state itself related to the vaccine or COVID. It had to point to evidence of that before granting minorities a preference for that preference to have any hope of being constitutional. As the Supreme Court has explained, a state has to “identify” evidence of its own discrimination, with “specificity” “before it embarks on an affirmative-action program.” If it doesn’t point to such a “strong basis in evidence” before it adopts a racial preference for minorities, then the preference is illegal, even if evidence of discrimination later is found. (See Shaw v. Hunt (1996)).

Instead, Vermont health authorities say “people of color are being prioritized for the vaccine because of their higher rates of COVID-19 and lower rates of vaccination.” But those rates are not proof of discrimination. And minorities are not overrepresented among COVID deaths in Vermont: 95% of COVID fatalities in Vermont are white, even though whites are only 94% of Vermont’s population.

Lower vaccination rates among some minority groups have reflected reluctance to take the vaccine, rather than racial bias in administering the vaccine. Surveys showed blacks were far more reluctant than whites to take the vaccine when it first became available.

Higher COVID rates among blacks and Hispanics resulted from risk factors other than governmental discrimination. Medical professor Sally Satel noted that the risks of exposure for blacks and Hispanics “are increased because they are more likely than whites to work [in] jobs that require interaction with the public [and] to live in homes with many family members sharing close quarters.”

Vermont can’t give out the vaccine to just minorities to address these risk factors. It can address them in non-racial ways — such as giving priority to people performing essential jobs that require interaction with the public, or to people living in crowded areas. But it can’t give priority to such people based on their race, because the Supreme Court says the government is only allowed to use race as a “last resort,” after race-neutral remedies have been tried. (See Bartlett v. Strickland (2009)).