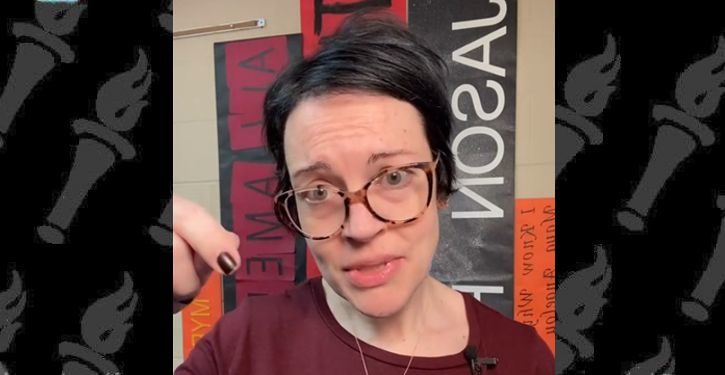 According to her bio at TikTok, she is also an anti-racist. You could probably have discerned that for yourself by watching the following video, which she posted to her account. The subject is first aid in the classroom — specifically the administration of Band-Aid adhesive strips.

In the clip, Gillmore explains that brown Band-Aids, which she has to special-order for her class, are harder to find and twice as expensive as the “flesh tone” ones. Nevertheless, she is adamant about buying them because — and I quote — when she hands a “white” Band-Aid to a black child she is “literally adding insult to injury.”

WTF is going on? pic.twitter.com/q9zFsP8eXh

The first question that comes to my mind when I watch her PSA is how often her students sustain an “injury” that requires a bandage. Are there spikes rising out of the floor of her classroom? That’s probably something I would look into if I were in her position.

Another helpful question is offered by a Twitter user who viewed Gillmore’s video on the social media site:

Another person on Twitter asks “Did she ever think to ask the kids if they even care?” It seems like a reasonable question until you check out the topic and discover an article published by NBC News in 2019 titled “Black man’s reaction to matching skin-tone bandage strikes a chord.” The piece records the “lived experience” of a black man from Oakland, Calif. to “wearing a bandage that matched his skin tone for the first time.” The man, Dominique Apollon, observes in a tweet of his own:

It's taken me 45 trips around the sun, but for the first time in my life I know what it feels like to have a "band-aid" in my own skin tone. You can barely even spot it in the first image. For real I'm holding back tears. pic.twitter.com/GZR7hRBkJf

NBC provides another quote in which Apollon admits to having “felt a tad ridiculous … but it really just felt like I belonged, like I was welcomed, like I was valued.”

This is why we as a nation can’t have nice things. 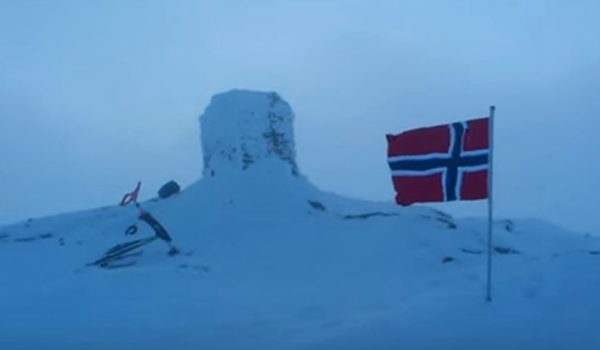 Hiring based on race and gender does not improve company performance
Next Post
Cartoon of the Day: Moral relativity 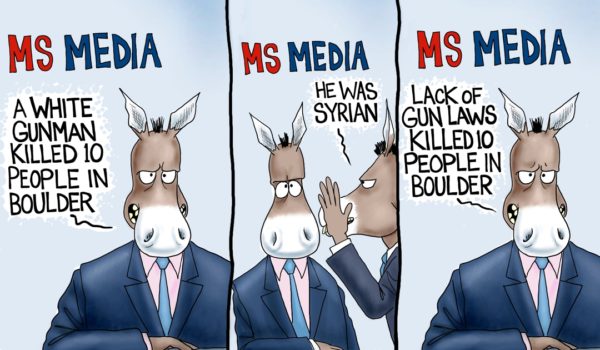