Texts allegedly linking the Secret Service to Hunter Biden’s 2018 gun case were uncovered by the New York Post on Friday.

In a Jan. 29, 2019 text message, Biden reportedly wrote that his former sister-in-law turned girlfriend, Hallie Biden, stole the gun from the trunk of his car and told law enforcement authorities, including the Secret Service, that she disposed of it over fears Biden would use the gun to harm himself, the Post reported. The purported texts appear to contradict the Secret Service’s denial of involvement in the incident.

“She stole the gun out of my trunk lock box and threw it in a garbage can full to the top at Jansens [sic]. Then told me it was my problem to deal with,” Hunter wrote in a text obtained by the Post.

“Then when the police the FBI the secret service came on the scene she said she took it from me because she was scared I would harm myself due to my drug and alcohol problem and our volatile relationship and that she was afraid for the kids,” wrote Biden.

The Secret Service denied their involvement in the case in a statement to the Post on Thursday.

The texts were found on a hard drive obtained by the Post from the laptop Hunter Biden allegedly left at a Wilmington, Del. repair shop. The texts were sent by Hunter Biden to various recipients including Hallie Biden and celebrity psychiatrist Kieth Ablow, according to the Post.

The texts stem from an Oct. 23, 2018 incident in which Hallie Biden disposed of Biden’s .38 revolver in a trash can next to a Delaware high school. The Secret Service allegedly attempted to obtain the paperwork for the gun submitted by Biden from Ron Palmieri, the owner of the gun shop Biden obtained the firearm from, who refused according to a report from Politico.

The paperwork was later uncovered by the ATF. In it, Biden denied being addicted to narcotics, despite his open admissions of being an addict at the time.

Lying on a federal gun background check is a felony that carries a 10 year prison sentence and a $250,000 fine.

The most embarrassing moment in Biden’s first (and likely only) presser
Next Post
Biden jokes about being old: brilliant 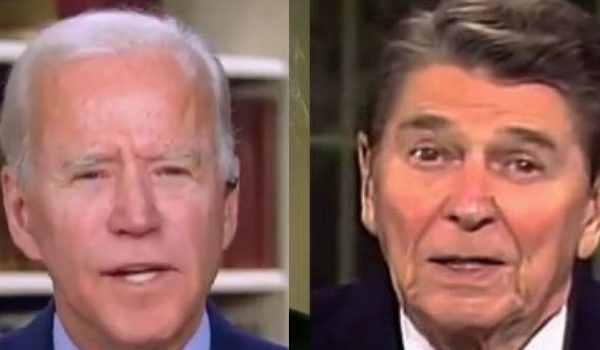