In California, local governments are administering welfare programs that exclude whites and men. At least one of these programs violates the Constitution by discriminating based on race and gender, at taxpayer expense.

The San Jose Mercury-News reports on the program adopted in California’s Marin County:

Marin County supervisors have allocated $400,000 to participate in a universal basic income experiment with the Marin Community Foundation.

The foundation plans to spend $3 million to give $1,000 a month to 125 low-income women for 24 months. To qualify, the women must have a child under the age of 18….the Marin initiative will be limited to non-White women.

The Marin program doesn’t just racially discriminate against whites — it totally excludes them. Complete exclusion of whites is generally unconstitutional even when a mild preference for minorities is permitted, such as in an affirmative-action program designed to remedy governmental discrimination against a minority group.

Marin County’s new welfare program also excludes men, by giving money to low-income mothers, not low-income fathers. Under the California constitution, preferences for women are generally unconstitutional, because the state constitution applies “strict scrutiny” to both racial and gender preferences, rendering most affirmative action for women unconstitutional. As a result, state courts have struck down gender-based affirmative-action programs even when they did not totally exclude men. (See Connerly v. State Personnel Board (2001)).

The federal Constitution is more permissive of affirmative action for women, but even it doesn’t allow women to be given a preference unless the government can point to a history of discrimination against women in the relevant sector covered by an affirmative-action program. And totally excluding men is another thing altogether. (See Associated General Contractors v. San Francisco (1987)).

Oakland, California, is sending out $500 monthly checks to poor families, if they are not white. This program, however, is “privately funded,” not funded with tax dollars, so it is not clear whether it violates the state or federal constitutions. The federal constitution only bans racial discrimination by the government, not by private entities. (See Moose Lodge v. Irvis (1972)). Unless Oakland devotes staff time to administering this program, or runs up expenses doing so, it may not violate any constitutional provisions.

The mayor of Oakland, California, on Tuesday announced a privately funded program that will give low-income families of color $500 per month with no rules on how they can spend it.

The Oakland Resilient Families program has so far raised $6.75 million from private donors including Blue Meridian Partners, a national philanthropy group. To be eligible, people must have at least one child under 18 and income at or below 50% of the area median income — about $59,000 per year for a family of three.

Oakland, Calif. to send out $500 checks to poor families, provided they are not white
Next Post
Cartoon of the Day: Useful mediots 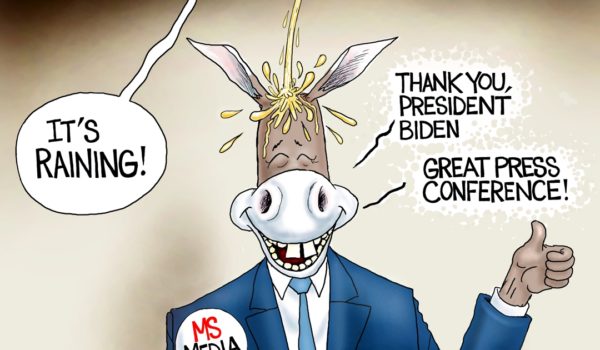