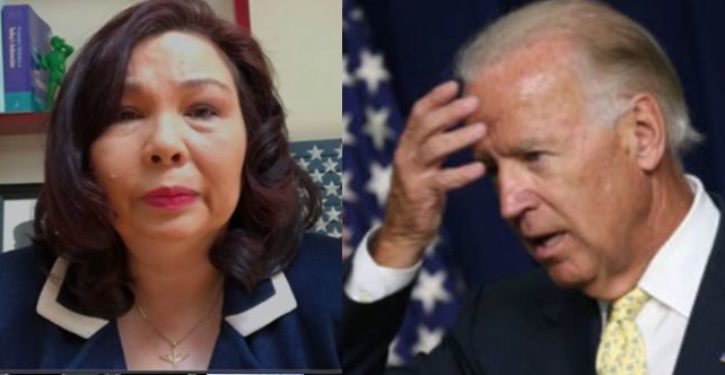 From all outward appearances, for a lifelong centrist Joe Biden seemed to do a bang-up job going through the motions of playing identity politics, starting with his announcement in June 2020 that he would be choosing a “woman of color” as a running mate. After he won the election, he continued to focus away from merit and toward checking all the boxes. He named a Latinx with utterly no health background to head up his Department of Health and Human Services and nominated the first woman to serve as his Secretary of the Treasury. With minorities and/or women filling nearly every cabinet post, it all seemed like a progressive’s dream.

Until this past Monday. During a conference call with the White House, Sen. Tammy Duckworth (D-Ill.) brought up the lack of AAPI (short for Asian-American Pacific Islander) representation in the Biden cabinet. Duckworth, who was born in Thailand, is herself half Thai-Chinese. When the subject was broached, White House Deputy Chief of Staff Jen O’Malley Dillon noted that Kamala Harris, satisfied the AAPI “requirement.”

Duckworth blew her top. “To be told that, ‘Well you have Kamala Harris, we’re very proud of her, you don’t need anybody else’ is insulting,” she told reporters on the Hill on Tuesday, adding:

Multiple times I’ve heard that. And that is not something you would say to the Black caucus: ‘Well, you have Kamala, we’re not going to put any more African Americans in the Cabinet because you have Kamala.’ Why would you say it to AAPI?

Duckworth threatened to reject any nominee who was white and straight — that or hold her breath till her face turned blue — until Biden cleaned up his act.

Almost immediately, fellow AAPI Sen. Mazie Hirono (D-Hawaii) sounded off, telling MSNBC, “Tammy’s position is that until she gets a commitment from the White House that there will be more diversity representation in the cabinet and senior White House advisory positions, she will not vote to confirm anyone who does not represent diversity. So this is not about pitting one diversity group against another. I think this is a well articulated, focused position, and I am prepared to join her in that.” (RELATED: When worlds collide: Black Lives Matter, Linda Sarsour, LGBTQs rain on ‘pride’ parade)

Actually, the ultimatum amounts precisely to pitting one diversity group against another, but that’s what identity politics is all about at its core.

Anyway on Tuesday the White House caved, agreeing to add a senior AAPI adviser, who, according to Press Secretary Jen Psaki, “will ensure the community’s voice is further represented and heard.”

I would have insisted on throwing in a draft pick to be named.

Strategy of the Nunes memo: House Russiagate investigator explains how ‘Adam Schiff took the bait’
Next Post
Cartoon of the Day: Underhanded 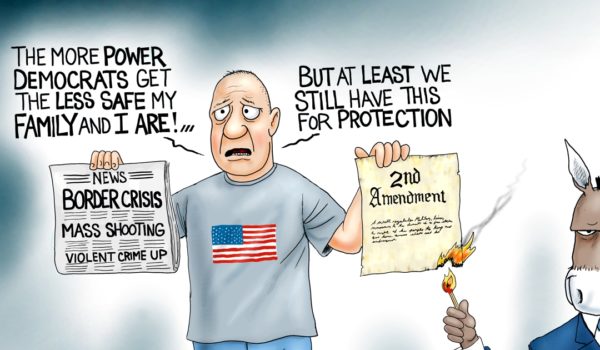