At the University of San Diego, conservative law professor Tom Smith is being investigated for criticizing “Chinese” propaganda, based on the false premise that this constituted racial harassment of Asian-American students.

But no one viewed my criticizing “Russia” or “Russians” as racial harassment, for good reason. It was aimed at a foreign government, not an ethnic group. Similarly, Professor Smith’s criticism was obviously aimed at China’s communist government, as law professor Eugene Volokh notes. Smith discussed a Wall Street Journal article about how “China was seeking to intimidate and dominate the investigators” of COVID-19’s origins, including “China’s manhandling of the delegation” and “its forcing of the visitors into 14-day quarantine.”

If you believe that the coronavirus did not escape from the lab in Wuhan, you have to at least consider that you are an idiot who is swallowing whole a lot of Chinese cock swaddle….

UPDATE: It appears that some people are interpreting my reference to “Chinese cock swaddle,” as a reference to an ethnic group. That is a misinterpretation. To be clear, I was referring to the Chinese government.

Obviously, his reference to “Chinese cock swaddle” was a reference to Chinese government propaganda, not people of Chinese ethnicity. As Professor Volokh notes:

Even without the UPDATE, it’s clear that the reference to “Chinese cock swaddle” must be a reference to the government of China, not to Chinese-Americans or to people of Chinese extraction. The title of the post is about China, and the quote refers four times to China (“China’s full cooperation,” “China’s manhandling of the delegation,” “China’s Covid rigor,” “China was seeking”).

Yet CBS News reports that Smith is now being investigated by the law school, and the “Asian Pacific American Law Student Association (APALSA) and the USD School of Law Student Bar Association are calling on law school and university officials to fire the professor who they say used racist language when talking about the coronavirus and China.” The law school issued a statement referring to Smith’s blog post as “disparaging language” and “bias,” saying it would investigate whether the blog post violated “University policies” that “specifically prohibit harassment…based on race or national origin.” The Dean sent an email to university staff, stating that

a faculty member made a blog post concerning the origin of COVID-19, using offensive language in reference to people from China…COVID-19 has been associated with an alarming increase in hate crimes directed against the Asian and Pacific Islander (API) community, with racist commentary relating to the virus and its origins. While the blog is not hosted by the University of San Diego, these forms of bias, wherever they occur, have an adverse impact on our community. It is especially concerning when the disparaging language comes from a member of our community….there is no place for language that demeans a particular national group….University policies specifically prohibit harassment, including…derogatory comments…based on race or national origin…I have received formal complaints relating to the faculty member’s conduct, and….there will be a process to review whether university or law school policies have been violated.

This email wrongly assumes the professor’s guilt, and that he was targeting people of Chinese ethnicity, rather than China’s communist government. As Professor Volokh notes in response to the Dean:

The blog post is not “disparaging language” or “epithets, derogatory comments, or slurs based on race or national origin” towards any “members of the [USD] community” (students, faculty, or staff). It is disparaging language towards China, in context referring to the government of China.

Professor Smith was “sharply critical of Chinese government policies,” rather than exhibiting “ethnic bias against Chinese people,” says lawyer George Leef at the National Review. He was criticizing “propaganda of the Chinese government,” not “people of Chinese origin,” say other law professors.

In addition, Smith’s blog post is protected by the California Labor Code, which prevents employees from being fired for “political activities,” under a 1979 California Supreme Court decision.

CBS says Smith’s blog post was alleged to contain “racially charged rhetoric.” But even if that were actually true (it didn’t), the blog post would still be protected by academic freedom. A federal appeals court rejected a racial harassment lawsuit on “academic freedom” grounds, where Hispanic college staff sued a white professor for his “racially-charged emails” against immigration. (See Rodriguez v. Maricopa Community College District (2010)). 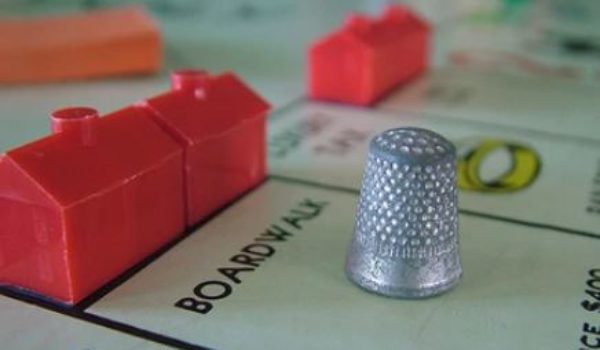 The board game Monopoly gets a woke makeover
Next Post
Biden has another ‘where am I?’ moment