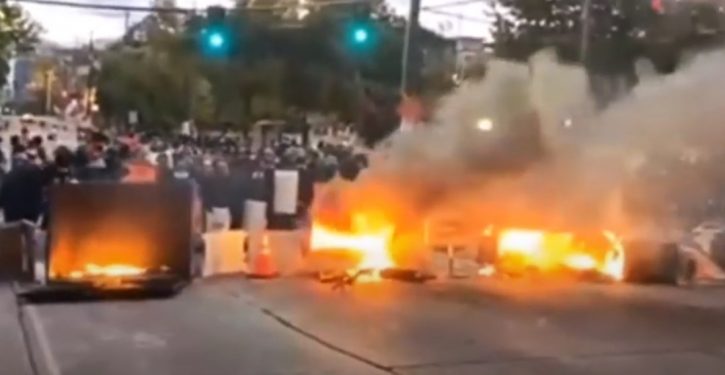 The murder rate rose 30% last year in America’s major cities, after the number of people in America’s prisons and jails dropped by 14% from 2019 to mid-2020. But progressive politicians and professors don’t want to admit that letting criminals out of jail can lead to more crime.

Instead, they blame it on the global COVID-19 pandemic — without pointing to any global increase in the murder rate. On Twitter, Professor Shon Hopwood suggested the rise in America’s murder rate was due to the “global pandemic, reduced economic opportunity, and the most contentious presidential election of the past 30 years.” Hopwood is a convicted bank robber who spent time in prison, and dislikes keeping people in jail.

In reality, murder rates fell in much of the world during the pandemic. As InSight Crime notes, “It’s too early to tell with any degree of certainty how exactly the pandemic may have impacted levels of violence, but there were notable developments, including significant reductions in El Salvador, Guatemala, Honduras and Venezuela, historically some of the most homicidal nations in Latin America and the Caribbean.”

If “reduced economic opportunity” actually increased murder rates, as Hopwood suggested, murder would have increased throughout Latin America during the pandemic, since it devastated Latin America’s economy. COVID-19 caused widespread hunger in Latin America, unlike the United States. Yet murder rates fell in 2020 in Guatemala, Honduras, Venezuela, and El Salvador — all countries where malnutrition is widespread. Each of these countries suffered from a shrinking economy during the pandemic: Venezuela’s economy shrank 10%, El Salvador’s 9%, and Honduras’s 6.6%. By contrast, the U.S. economy shrank only 3.5% in 2020.

So the pandemic is not why murder rates rose. Yet the assumption it did is common among progressives. They would rather not admit the fact that when fewer criminals are in jail, more of them are free to commit crimes, increasing the crime rate.

In Seattle, where the murder rate rose 74%, city council member Lisa Herbold claimed that “cities have crime spikes” because “people are desperate” due to the pandemic. But Seattle is one of America’s richest cities, where almost everyone had enough to eat. People’s situation was far more desperate in Latin America, where the pandemic left many people without adequate food, yet murder did not increase in many Latin American nations.

It’s not the pandemic that made murder rates increase, but rather the fact that fewer criminals are kept locked up these days (at least in the U.S. — in some foreign countries, prison populations grew, and murder fell).

Conversely, violent crimes fell in California as a result of Proposition 8. It increased prison sentences for repeat offenders who commit willful homicide, rape, and robbery with a gun. That didn’t just keep violent criminals in jail where they couldn’t commit more crimes. It also deterred people outside of prison from committing crimes.

Many murderers are spending less time in prison, due to “criminal justice reform.” More became eligible for parole due to recent state laws. California expanded parole for adults who committed murder before age 25, in late 2017. Last year, Washington, DC’s city council made murderers eligible to seek release after 15 years, if they committed their crime before age 25.

In February 2020, Virginia made juvenile killers eligible for parole after 20 years. Two years ago, Washington State’s supreme court declared it unconstitutional to give 16 or 17 year old murderers life sentences without the possibility of parole. It ruled in favor of a teen who murdered his parents and drowned his brother in a bathtub. In 2020, it struck down mandatory minimum sentences for juvenile offenders, even when they receive far less than a life sentence.

In places like San Francisco and Los Angeles, progressive district attorneys have recently refused to prosecute any minors — even murderers — in adult court. So murderers who commit their crimes at age 16 or 17 will not be locked up for more than a few years, even if they are serial killers.

By releasing violent criminals earlier, these “reforms” result in more killings of innocent people. Murder rates peak in the late teens and early 20s. About four in ten killers commit their crime before age 25. A tenth of all murders have historically been committed by juveniles, and once released, juvenile killers often commit more violent crimes, including more murders. 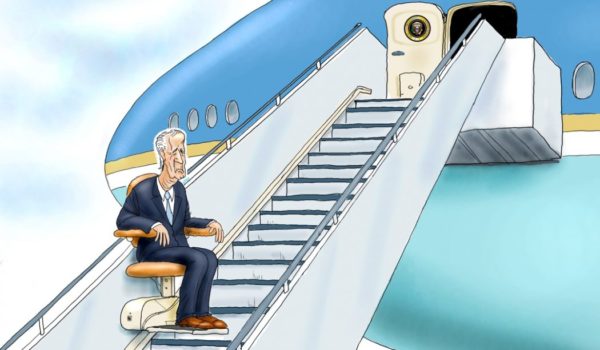 Cartoon of the Day: Chair Force One
Next Post
Couple buys Calif. dream home, but seller refuses to move out, citing COVID law’ 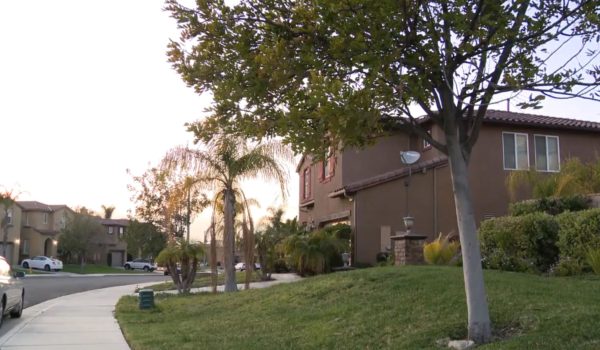