His frequent memory or verbal gaffes coupled with his stubborn refusal to announce a date for his first State of the Union address, much less hold a formal press conference has a significant number of Americans convinced that Joe Biden is suffering from sort of age-related cognitive impairment.

While we offer the same caveat we did when the Left was obsessed with removing Donald Trump under the 25th Amendment — namely, that mental health diagnoses, even by professionals, can’t be made at a distance — far more voters have concerns about Biden’s mental health than they ever did Trump’s.

A Zogby poll found that 55% of likely voters believe that Biden is in the early stages of dementia. While vastly more Republicans (77%) than Democrats hold that opinion, it is nevertheless significant that 32% of Democrats do voice concerns over the president’s mental health.

A poll conducted in late February by Business Insider in conjunction with SurveyMonkey finds that a full third of Americans say Biden isn’t mentally sharp enough for the job.

One factor not included in any of the surveys is the role of the press, which has been very closed-mouthed about any episodes Biden has had, such as his inability on Monday to recall the name or position of the man he had selected as his Secretary of Defense. The media’s playing down such episodes or failing to report them altogether is an abdication of their journalistic responsibility. 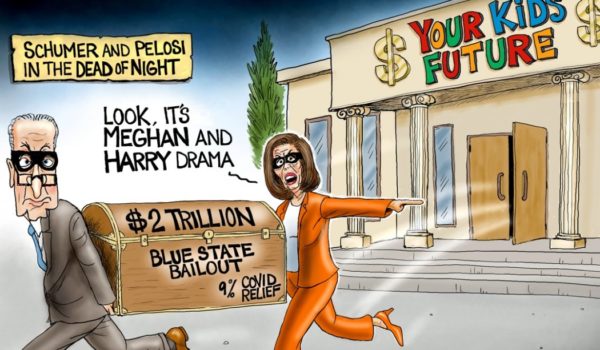