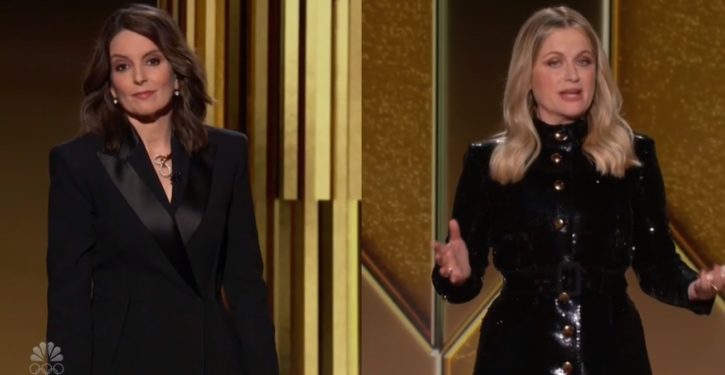 That may have been the quickest reversal in the history of televised awards shows. On Friday, Page Six reported that “Saturday Night Live” alum Tina Fey had promised “a kinder, gentler Golden Globes,” telling reporter Jill Rappaport, “We just want to make it a fun hangout for people at home — kind of a stress reliever, so I don’t think you can expect much politics at all.”

She added, “It doesn’t seem like a venue for political jokes.”

Fast forward to last night and to Fey’s opener delivered with fellow alumnus Amy Poehler. Have a look. (A transcript follows.)

Amy Poehler: You know, this is probably something we should have told you guys earlier. Everybody is understandably upset with the HFPA [Hollywood Foreign Press Association] and their choices. Look, a lot of flashy garbage got nominated, but that happens, OK? That’s like their thing. But a number of black actors and black-led projects were overlooked.

Tina Fey: Look, we all know that awards shows are stupid.

Poehler: They’re all a scam invented by ‘Big Red Carpet.’

Poehler: We know that!

Fey: The point is, even with stupid things, inclusivity is important, and there are no b lack members of the Hollywood Foreign Press. I realize, HFPA, maybe you guys didn’t get the memo because your workplace is the back booth of a French McDonald’s, but you’ve gotta change that. So here’s to changing it.

Poehler: Yes, and looking forward to that change. We do have some good news. We are raising money tonight. Together, the HFPA, MRC and NBC are donating $2 million to Feeding America’s Covid-19 response and that is awesome.

So this is the Left’s idea of a politics-free “fun hangout for people at home”? I don’t think I’ve had as much apolitical fun since Alicia Keys sang the “black national anthem” at this year’s Super Bowl.

A number of commentators have remarked on the Democrats’ generally dour mood since the 2020 election in which they reclaimed the White House and Senate and retained control of the House. I suppose enduring one’s own white guilt comes with a price. 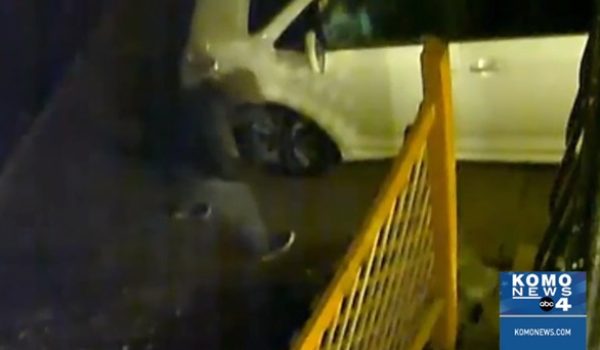