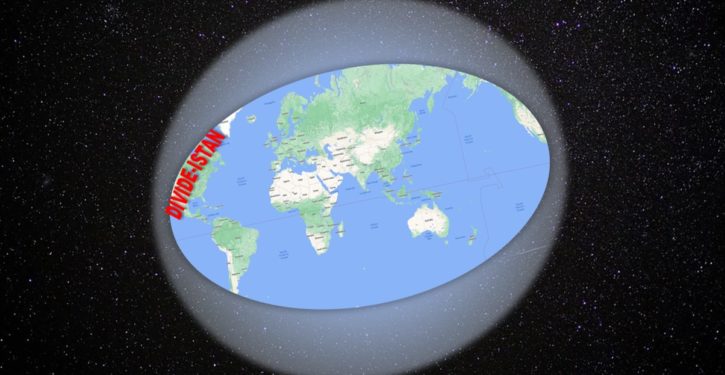 In this post, I’m capturing some comments I made on this topic in a comments/reply thread.  The presentation isn’t polished, but the thoughts are by no means off the cuff.

Just a couple of opening points.  One, I do understand the urge to diverge, and the view that doing so would be a method of parting ways peacefully.  As you’ll see, I believe that’s an illusion, and a costly one.  I think history and the recurring patterns of geopolitics bear me out.  But the somewhat trenchant words here don’t mean I don’t see the power of the motivation.  No one wants to have to go all kinetic trying to settle a hash between wokeism and common sense, or arbitrary hyperregulation and freedom.

That leads, however, to point number two.  I didn’t make it explicitly in the comments below, but it became apparent to me on rereading them.  It’s this: the impetus for a break-up depends mostly on how badly red America wants to escape the repressive policy overreach of blue America.  There’s a segment of blue America that imagines itself to be under siege from red America, but it does so without evidence (or even the benefit of basic sanity, in many cases).  Red America, on the other hand, really does face an onslaught of overregulation, punitive politics, and even punitive cultural campaigns (e.g., 75 million Americans being called “domestic extremists” by elected political leaders and major media) from the blue side of the spectrum.

That wouldn’t stop with a break-up.  Most of the citizens of a blue America might be satisfied to feel themselves divorced from the imaginary red devils they hallucinate about, but the leadership wouldn’t.  The leadership operates from a universalist ideology that doesn’t allow it to leave the social priorities of Botswana, Madagascar, and French Guiana alone, much less a red America encamped next door on the Mississippi.  Instead of crossing state lines, the demand of blue America to control what’s going on in red America would simply shift to crossing a national border.  It wouldn’t abate.

As a general point, it never occurs to Americans that our basic situation could change; i.e., that of an impregnable bastion in our continental fastness.  Americans couldn’t be more wrong about that.  If we want “forever wars” on our doorstep, breaking up the United States is the best way to get them.  It would be the highest possible price to pay for making the MSM’s scare-word headlines stop.

The comments (with a few additions):

Yes, I read Garreau’s book when it came out.  [This refers to Joel Garreau’s The Nine Nations of North America; Avon Books, 1982.  It’s an insightful book in sociological terms, and a useful thinking aid.]

For me, regional differences internal to the U.S. (mostly) are uninteresting for this matter [of actually breaking the U.S. into separate nations based on the blue-red political divide].  Our national security situation has remained relentlessly stable because we are a unified continental power.  If we cease to be one, there cannot be — I stress CANNOT be — a rump “America” that is red politically, in the way conservatives imagine.

The same is true of our standing in the world, which is the key to our continental security.  There’s an “America” because we are unified.  There cannot be one if we are not.  We cannot and will not have the same stabilizing, deterrent, center-of-gravity effect on the world from a divided condition.  Everything would change.  Imagining a mere break-up without everything changing is grasping fruitlessly at a chimera.

The geography is prohibitive to begin with and the politics would only get worse.  The blue part of America would have so much of the West coast that it might as well be all, and would have the northern half of the East coast, making it viable to hold the SE coast and Florida Straits at permanent risk.  NE US would make common cause with its natural allies in Ontario Province and Europe, probably developing a consortium of some kind in which a chief consideration was having a common purpose for military force.

Canada and Mexico have been benign neighbors for a century and more now BECAUSE the US is a unified continental power.  The day we are no longer unified, the feeding frenzy by (and through) the neighbors would start.  No, no one would go immediately to war, but the divergence of interests between the red interior and the blue coasts would be a highly exploitable situation, and exacerbate and begin to drive the politics in Ottawa and Mexico City.

The blue West coast would promptly invite China in (for influence, infrastructure, money-making, good ideas about how to subvert and subjugate red America).  The bleed-over of detriment from China having even deeper hooks in North America would begin immediately; i.e., bleed-over to the red territory.  If you think the South China Sea nations are having fun being intimidated by China, you’ll love an alliance of China and the blue West coast fortifying the islands off southern California in order to hold an iron veto over San Diego.  (Or the China-blue America alliance would just grab San Diego outright.)

Alaska’s population — assuming Alaska remained red politically — would have to triple inside a decade, just to make the state’s defense viable.  If you want western Canada (minus the blue coast) to be motivated to secede from the east, split up the US with oil and gas at crucial issue.

And the blue West coast would, of course, get Hawaii and the Pacific territories.  This would very soon turn them into outposts for China.  We don’t have to abstractly imagine that; we have only to look at the current progress of blue-leadership geopolitics in the US.  This is manifestly the direction of progressive Democrats: welcoming China’s economic model of occupation.

The blue East coast would lead the way in shoring up the fading flag of city-state globalism.  Again, the outreach would be to Europe and the Canadian megalopolis north of the Great Lakes.

In North America, the red interiors from Canada’s Northern Territories down to the southern border of Texas (at the least) would eventually find themselves in an uneasy, partially military standoff with the blue coasts.  It would happen faster in the US – because we broke up first – than in Canada, but it would hit Canada soon enough.  The effect on Mexico would be less neatly split by interior vs coast, I think, but it would be equally profound.  If we WANT to end up with drones overhead, listening posts, information warfare, missiles ready to point at each other (bonus: nuclear weapons to parcel out), air defenses, the latent (or live) threat of mined straits and harbors, and incessant conflicts of extortion and intimidation over natural resources (where do all the rivers spring up? Hint: not in blue America), breaking up is the way to achieve that almost overnight, in geopol time.

There is no such thing as a broken-up US being left to just write editorials against each other.  No prize has ever been so big: the technologically advanced 21st-century world will not leave us alone.  And divided, we are not too much for the other nations, or transnational interests, to take on.  Blue America already has a natural set of affiliated foreign vultures to resettle on the continent.  Red America would have to invite partners in by hopscotch, and fortify its compromised, disadvantaged approaches to make sure they had access.  The blue East’s dynamics with Europe would probably take the UK down entirely (leaving a shell, probably, but denatured and unrevivable); the blue West’s with China would imperil Japan, South Korea, Australia, the Philippines, Thailand — oh, heck, just put everyone on the list.

And that’s not even getting started on Central and South America.  I wouldn’t be Colombia or Panama in this scenario.

The shortcomings of a divided-USA situation would drive the creation of modern-day Roman generals and aspiring Roman emperors, with strategic visions for reunification.  Whoever they are, they won’t be left alone by hemispheric outsiders with stakes in divided America; they’ll have to ally with some and shoulder off others.  Fun for all ages.  The Caesarian urge will be a light in someone’s eye almost immediately.  Think of it as Athens and Sparta if you like, but it would have its own characteristics, chief among them being the blessings of modern technology.

It doesn’t matter what red America wants from a broken-up US (positive desires in theory, perhaps, but unsustainable on a divided continent) or what blue America imagines (as unrealistic and ideologically extreme as anything else blue America envisions today).  What matters is what WILL happen if blue America gets the coasts (or even just gets one of them, though the realistic bet is that blue America would come away from the break-up with 75% of the ocean frontage).  Blue holding the ocean coasts, and not being answerable to red America, but instead being in competition with it, will never produce the outcome many in red America are seeking.  Blue America already wants to control red America.  The governor of compunction would be off, if red America were not populated by fellow citizens.  To try to guarantee a “peace” after some negotiated break-up, the first thing red America would have to do is arm up and prepare to keep tradeways open and borders secure.

It would keep getting harder and more expensive over time.  It could never be done on the same basis the unified USA has done it globally, with maritime dominance and geostrategic alliances, by a red America situated in the interior of the continent.  Blue America doesn’t WANT to do it on the traditional basis — and doing so according to a transnationalist, sovereignty-vitiating vision would in any case only strengthen blue America at red’s expense.

The alternative of arming up for secession and being prepared to enforce it, regardless of the cost, is a dreadful prospect.  In 1861 we could have a civil war without the whole world inheriting the wind, but that is no longer the case. 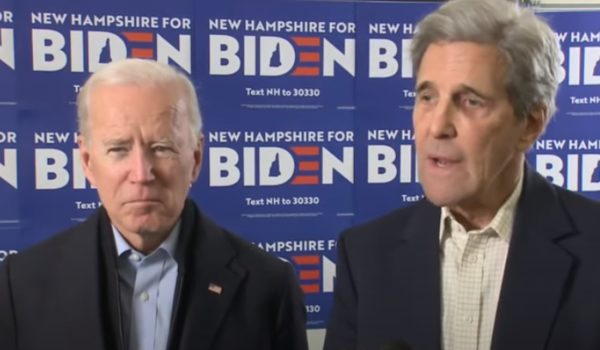