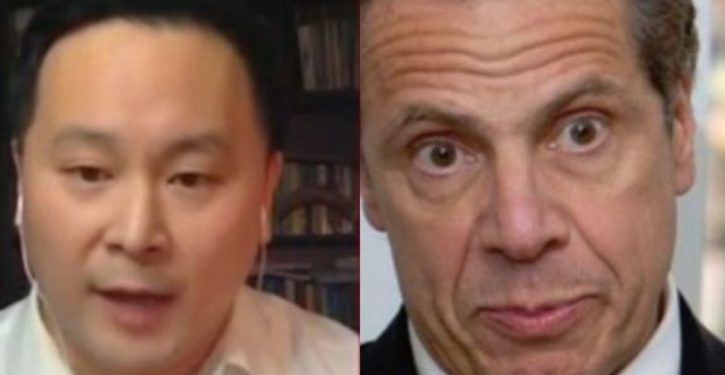 A Democratic state assemblyman in New York says that lawmakers are “inching toward” opening an impeachment probe of Gov. Andrew Cuomo over his handling of coronavirus deaths in nursing homes.

In an interview on the “Skullduggery” podcast, Ronald Kim, a Queens assemblyman, also said he is willing to cooperate with federal investigators in an ongoing probe of the Cuomo administration.

“Of course, I’m prepared to comply and spend as much time handing over as much evidence as they want,” he said, adding that many lawmakers expect to be contacted by investigators “very soon.”

Kim came forward this week with allegations that Cuomo threatened to “destroy” him in a phone call earlier this month over his criticism of the governor’s coronavirus-related nursing home policies.

The FBI and U.S. attorney’s office in Brooklyn are reportedly investigating the Cuomo administration’s handling of nursing home data related to coronavirus.

The existence of an investigation was reported after a top Cuomo aide, Melissa DeRosa, told state lawmakers on Feb. 10 that the administration withheld data about coronavirus in nursing homes from investigators out of concerns with an inquiry from the Trump Justice Department.

DeRosa told lawmakers that the administration was worried the data “was going to be used against us.”

On March 25, Cuomo implemented a policy that required nursing homes to re-admit residents from hospitals even if they tested positive for coronavirus. Advocates expressed concerns at the time that the policy would increase the transmission of the virus in long-term care facilities.

For months, Cuomo denied that the March 25 order contributed to nursing home deaths. He compared New York’s nursing home fatality rates with other states, asserting that they were among the lowest in the country.

A report from New York Attorney General Letitia James issued last month undercut Cuomo’s claims. The report said that the New York State Department of Health, which Cuomo controls, underreported nursing home deaths from coronavirus by as much as 50%.

Kim, whose uncle died in a New York nursing home from coronavirus, has been one of Cuomo’s most outspoken Democratic critics. He said that between 25 and 30 Democrats and “virtually all” Republicans in the state legislature support opening an impeachment inquiry of Cuomo, who has been governor since 2011. “It will take a little time to build that consensus, but every day we are inching toward the impeachment process,” Kim said.

Other Democrats have come out in recent weeks to call for investigations of the Cuomo administration.

Biden: Veterans are helping to fuel the growth of white supremacy
Next Post
Cartoon of the Day: Sign of the times 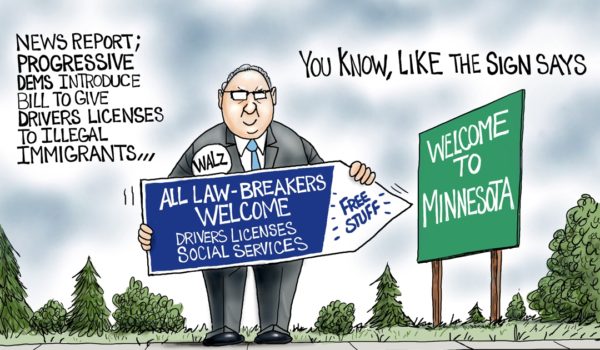