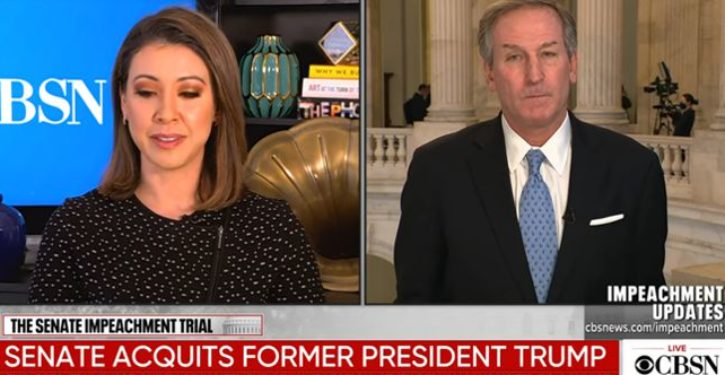 At the conclusion of yesterday’s re-impeachment trial, several Republican senators followed their conscience and voted guilty. Zero Democrats voted to acquit, but that’s primarily because most of them have no conscience to follow.

That goes in spades for the House impeachment managers, who manipulated what little evidence they professed to have to attempt to force a guilty verdict.

Some of the tampering was relatively small-scale. That would include the appearance of a blue verification on a tweet by a Trump supporter who revealed afterward she had never been verified by Twitter. Ultimately an aide to House manager Eric Swalwell, who introduced the evidence, claimed the checkmark had appeared “accidentally,” whatever that means.

Other of the House managers’ tricks were less minor. One example was the doctoring of a would-be incriminating slick video the Democrats had prepared that put words in Trump’s mouth and made non-sequential events appear sequential. Yet another was the suggestion in the text of the lone article of impeachment itself that multiple law enforcement personnel had been killed in the Jan. 6 riots when in fact none had been killed. (RELATED: At impeachment Dem prosecutors misquote law prof Jonathan Turley, who puts them on blast)

The clear implication from all of this is the Democrats, despite their claims to the contrary, felt their case was weak and needed embellishment. Which then raises a question: How much cheating do Democrats consider permissible?

This question came up indirectly in an interview that Trump defense attorney Michael van der Veen granted to CBSN’s Lana Zak at the trial’s end. Beginning at 5:31 in the video that follows, Zak says:

Let’s follow up with the point you’re making right now about the House managers, as you say, ‘doctoring evidence.’ … What you’re talking about now is a checkmark — that the verification on Twitter that did not exist for that particular tweet, a “2020” that should have read “2021,” and the selective editing, you say, of the tapes. Is that the doctored evidence of what you’re speaking?

The tone of the question is dismissive. Zak, for example, emphasizes the word checkmark and draws a checkmark in the air, as though insinuating that it’s wrong to alter the facts is preposterous.

Van der Veen is visibly irritated by the insinuation and delivers a broadside on the despicable conduct of the American media.

But the episode harks back to larger issues concerning the 2020 election itself. When questions about possible wrongdoing and actual law-breaking, such as what occurred in Pennsylvania, emerged, Democrats were wholly unconcerned. At almost any earlier time in American history, both parties would have been equally alarmed at the suggestion that vote tampering might have occurred. But the Democrats were eager to turn the page and declare their candidate president. The major networks took care of that task for them by announcing the second Saturday after the election that Joe Biden had won.

After that, any suggestion by Republicans that the election had been fraudulent were dismissed as “unfounded” or “discredited.” 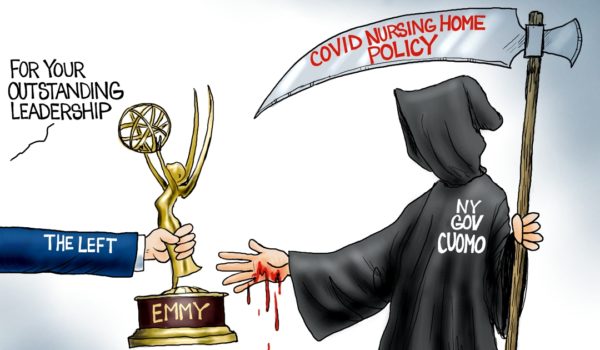