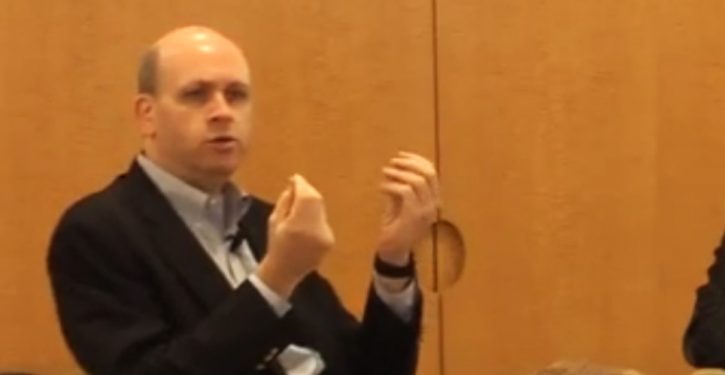 Marc Elias, a prominent Democratic election attorney, argued in a court filing this week that faulty voting machines may have misread thousands of votes in a House election in upstate New York, a claim similar to the allegation some Republicans pushed regarding the 2020 presidential election.

Elias, a partner at the firm Perkins Coie, made the argument in a court filing on Monday to challenge the results of the election in New York’s 22nd House district.

Elias asserted that voting machines used in the district undercounted votes for incumbent Democrat Rep. Ted Brindisi. Brindisi trails Republican challenger Claudia Tenney by a razor-thin margin of 122 votes. Tenney declared victory in the race on Tuesday, but the state has not certified the results while the legal challenge unfolds.

Elias called on the state court to order a hand count of the vote, claiming that there is “mounting evidence of significant irregularities in the tabulation of ballots.”

In this case, there is reason to believe that voting tabulation machines misread hundreds if not thousands of valid votes as undervotes, (supra at 4), and that these tabulation machine errors disproportionately affected Brindisi, (id.). In addition, Oswego County admitted in a sworn statement to this Court that its tabulation machines were not tested and calibrated in the days leading up to the November 3, 2020 General Election as required by state law and necessary to ensure that the counts generated by tabulation machines are accurate.

Elias asserted that voting machines may have undercounted up to 2,599 votes for Brindisi throughout the district.

The analysis is based on analysis of results from a recount of 1,127 votes in December. According to Elias, a hand count showed that Brindisi had nine more votes than were registered by the voting machines. Applying the same error rate to the more than 325,000 votes cast in the election, Elias claimed that Brindisi may have been robbed of as many as 2,599 votes.

“That figure far exceeds the margin between the two candidates in this race, and based on this small sample size at least, appears to disproportionately affect Brindisi,” the Perkins Coie team wrote in their filing.

According to The Washington Times, the machines in question were manufactured by Dominion Voting Systems, the same company that has sued conservatives over their allegations about voting fraud. Dominion sued Trump lawyer Rudy Giuliani on Jan. 25 for $1.3 billion for what the company said were his “demonstrably false” statements about its voting machines. The company sued attorney Sidney Powell on Jan. 8 for libel over similar claims.

Dominion did not immediately respond to a request for comment about Elias’s allegations.

He gained notoriety during the Trump administration after it was revealed that he hired Fusion GPS to investigate the Trump campaign in a project that led to the infamous Steele dossier, which alleged that the Trump campaign conspired with the Kremlin to influence the 2016 election. Elias hired Fusion on behalf of the Clinton campaign and the Democratic National Committee, which Perkins Coie represented.

An investigation by the special counsel’s office found no evidence of a Trump-Russia conspiracy.

A lawyer for Tenney did not respond to a request for comment about Elias’s court filing.

Biden: ‘We’ve reengaged with WHO because there will be more pandemics.’ The science disagrees
Next Post
Interesting books for Black History Month