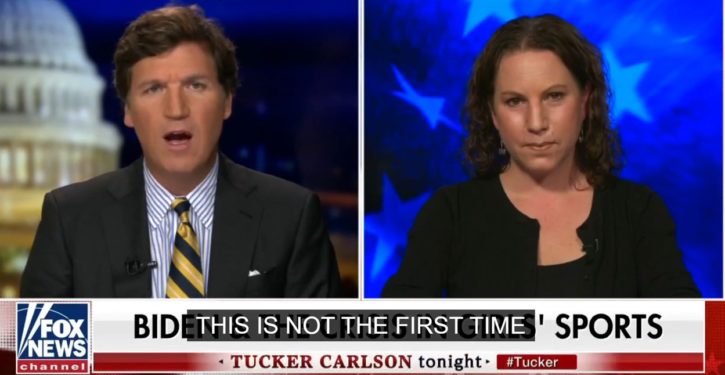 As I wrote some years back, being a believer in all -isms can get hairy at times. Indeed, the issue that prompted that observation was a haircut: In 2014, a lesbian walked into a barbershop in Toronto demanding service only to be told by the barber, who was Muslim, that Shariah law prohibits his coming into physical contact with a woman.

Impasses of this sort create a real headache for liberals, who are forced to decide which protected class’s rights take precedence over another’s. Naturally, the simplest solution would be to do away with the idiotic constructed of protected class and get on with their lives.

Which is how they may have to deal with the latest impasse. A woman named Kara Dansky, who is a member of an organization known as the Women’s Human Rights Campaign, has taken exception with Joe Biden’s Executive Order on Preventing and Combating Discrimination on the Basis of Gender Identity or Sexual Orientation. In a nutshell, the order calls for making bathrooms and locker rooms open to all comers, male or female, as long as they “self-identify” as a member of the designated sex. The order also “desegregates” school sports based on sexual self-identity, meaning males are free to join girls’ teams. (RELATED: Transgender athlete: Excluding trans women from women’s sports like excluding blacks)

Dansky appeared last night on Fox News Channel’s “Tucker Carlson Tonight,” where she opined, “This executive order is horrendous. It makes a mockery of the rights, privacy, and safety of women and girls.” The goal of her movement, she goes on to say, is to “specifically and explicitly enshrine … women’s sex-based rights in lieu of gender identity.” Hear, hear.

Dansky argues elsewhere that transgender activism is a “men’s rights movement,” adding that it’s time to remove the T from LGBT.

One constitutional stumbling block to Impeachment 2.0
Next Post
Biden press sec after he is caught violating his own mask order: He has ‘bigger issues’