President-elect Joe Biden on Thursday speculated that Capitol police went easier on a mob of protesters who breached the Capitol building because they were Trump supporters and not Black Lives Matter activists.

Biden failed to mention in his comparison that a Trump supporter, Ashli Babbit, was fatally shot inside the Capitol building by a police officer.

Sixty-eight people were also arrested during the onslaught, according to Washington, D.C. police.

“No one can tell me that if it had been a group of Black Lives Matter protesting yesterday, there wouldn’t — they wouldn’t have been treated very, very differently than the mob of thugs that stormed the Capitol,” Biden said at a press conference.

“We all know that’s true, and it is unacceptable.

BIDEN: "No one can tell me that if it had been a group of Black Lives Matter protesting yesterday, there wouldn’t — they wouldn’t have been treated very, very differently than the mob of thugs that stormed the Capitol." pic.twitter.com/h7uWsEa2UK

Dozens of apparent Trump supporters breached the Capitol shortly after President Donald Trump and others spoke at a “Stop the Steal” rally to call on Congress to overturn the results of the presidential election.

Video of the melee shows members of the mob, many of them carrying Trump flags, breaking into the Capitol building as lawmakers were voting to verify the Electoral College.

Capitol police ordered lawmakers and their staff to either shelter in their offices or evacuate the building. Police reportedly deployed tear gas inside the Capitol to disperse crowds of protesters.

Babbit was killed after being shot in the neck by a Capitol police officer as she attempted to enter a barricaded section of the Capitol building. A group of police officers was behind Babbit at the time of the shooting.

Despite the fatalities, some observers have asserted that the Capitol police response to the pro-Trump onslaught was far more relaxed than it should have been. Some lawmakers have also signaled that they plan to investigate why the Capitol police department was not better prepared for any violence stemming from the “Stop the Steal” protest.

There were no reported fatalities at the hands of police during Black Lives Matter protests last year, according to a review conducted by The Daily Caller News Foundation. But there were numerous examples during the months-long protests of police officers responding violently to activists, journalists, and bystanders. In one of the more prominent examples, police officers in Buffalo shoved an elderly man to the ground at a Black Lives Matter protest, leaving him bleeding from the head.

‘To prevent future acts of domestic terrorism, apply laws we already have to white people’
Next Post
Prosecutor who dropped charges for BLM riots won’t rule out charging Trump in Capitol riot 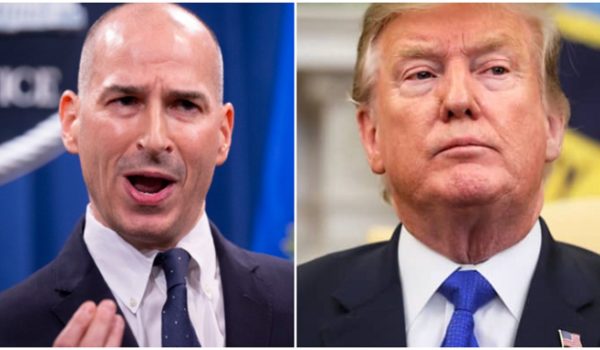