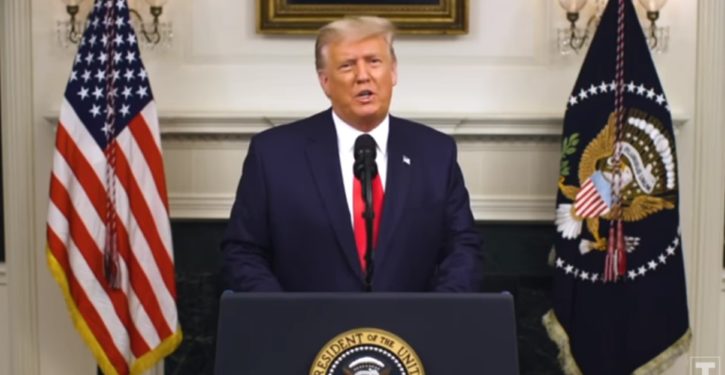 Why did Republicans lose in Georgia? I went and asked some Georgians.

Some voters viewed Trump’s actions as being an assault on free and fair elections. He alleged fraud. They viewed that claim as insincere, and as a pretext for overturning a valid election that reflected the will of the people. One cited the fact that 60 court rulings have rejected challenges to the presidential election results. That includes over a dozen rulings by judges appointed by Donald Trump himself. Others cited the fact that the Georgia election results were not suspicious, but totally predictable based on public opinion polls. Those polls showed Biden leading Trump by 1.1% in Georgia in November 2020.

Those centrist voters punished the Republican Senate candidates for echoing Trump’s fraud claims, which they viewed as bogus, and for agreeing with Trump’s demand that Biden’s apparent victory in Georgia be overturned. One called that “an attack on democracy and free and fair elections.”

Some of those voters previously voted Republican in the Senate races but changed their vote to the Democrats in the January run-off election. In the November election, they voted for Biden for president but also voted for Republican Senator David Perdue. Their votes gave Perdue a lead of just more than 1% in the November election. But Perdue lost in the run-off election as people who had previously voted for Biden and Perdue switched to supporting Jon Ossoff for Senate, resulting in Perdue doing worse in the Atlanta suburbs.

These centrist voters knew Ossoff and Warnock were rather liberal for Georgia and didn’t want Democrats to totally control America. But one said, “I got so sick of Kelly Loeffler and David Perdue kissing Donald Trump’s a** that I just couldn’t vote for them anymore.” Another said the Republicans were tainted because they had Trump’s “stink” all over them, from challenging the election results. That made it impossible to vote for them.

Another reason for the Republican loss is that “Republican supporters across Georgia stayed home,” reports the Washington Post, turning out at a lower rate than Democrats.

But not this year. Republicans lost because some Trump supporters chose to commit political suicide. They failed to vote in the Senate run-off because they were discouraged from voting by wackos associated with Donald Trump such as Lin Wood, and Sidney Powell. These wackos urged Georgians to boycott the run-off election to protest election fraud.

Trump halfheartedly told Georgians to vote, but he never repudiated Wood and Powell, even after they said and did the most bizarre things. Wood went off the deep end and accused Supreme Court Justice John Roberts of being a murderous child-molester, while saying that Vice President Mike Pence should be executed. But Trump never criticized or distanced himself from Wood.

Many foolish Trump supporters echoed Wood and Powell’s destructive and short-sighted advice to boycott the election. Go to the comment thread for blog posts at conservative web sites like Instapundit and Powerline, and you will find many comments discouraging people from voting, explaining that it is futile to vote due to vote fraud. These defeatist comments were posted by people who are, or claim to be, Trump supporters. But their message helped reduce turnout in Georgia’s conservative counties. Turnout in conservative counties fell more in Georgia between the general election and the run-off election than it did in liberal counties, enabling the Democrats to win.

As one LU reader explained:

Idiots like Lin Wood and Sidney Powell told Trump supporters to stay home and not vote. So some of them did, handing victory to the left. The Democrats will now take control of the senate, and eliminate everything useful Trump did, policywise. Trump was dumb to have anything to do with people like Sidney Powell, who made him look like a fool. Some Georgians voted for the Democrats, to punish the Republicans for making what those voters viewed as baseless vote fraud claims. They viewed challenges to the election as an attack on our democratic system, and punished Perdue and Loeffler for supporting Trump’s challenge to the election. So swing voters punished Perdue and Loeffler for supporting Trump, while Trump’s base stayed home and failed to vote for them.

The Republicans lost because baseless vote-fraud claims made voting seem futile, depressing Republican turnout. They also lost because swing voters looked at Trump’s attempt to overturn the election results as an attack on our democratic system, and voted for the Democrats in the Senate races to punish the Republicans for Trump’s behavior. Some of these same swing voters had previously voted for Biden for President, and Republicans for Congress. But they turned on the Republicans due to what they saw as bogus vote fraud claims and attempts to overturn what they saw as a valid election.

$2,000 checks from the government are stupid, but popular
Next Post
Capitol violence leads to curfew in D.C. and Northern Virginia