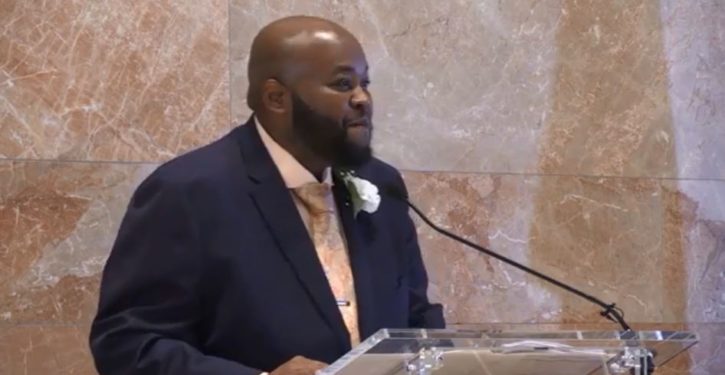 Each year a committee comprised of representatives from major education organizations selects a National Teacher of the Year. You can tell it’s a big deal by the fact that (1) the award is presented by the President of the United States in the White House Rose Garden and (2) the winner spends a year away from his or her teaching duties at full salary to serve as a spokesman and advocate for the teaching profession.

In 2019 that award went to Rodney Robinson, who distinguished himself on Wednesday by calling on Mitch McConnell’s neighbors to go full Rand Paul on him. The tweet, has since been deleted, as has Robinson’s entire Twitter account, though it lives buried in the bowels of the internet in archive form: 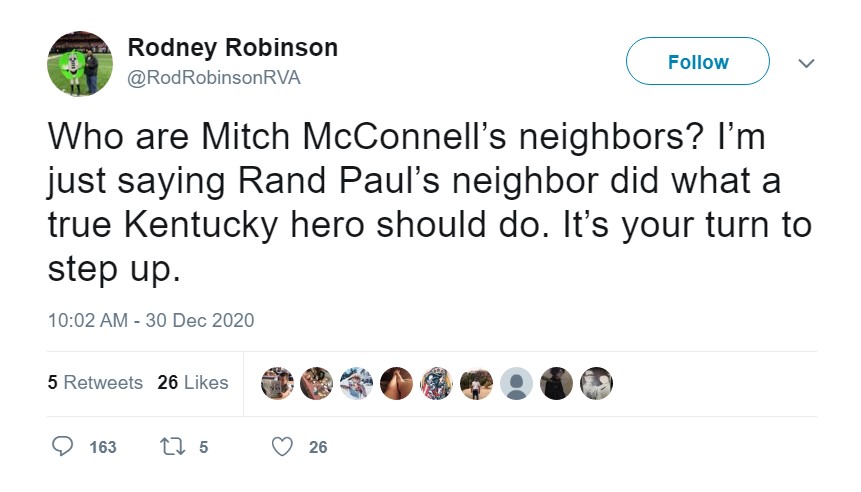 The reference is to an ugly incident in 2017 in which a neighbor of Paul ventured onto his property and tackled him from behind. Paul sustained injuries to his face and ribs. Ultimately he needed to have a portion of a lung surgically removed.

Robinson later explained he was only joking, though you have to wonder whether his students at the Virgie Binford Education Center, located inside the Richmond Juvenile Detention Center, got the joke.

Was he also joking when he tweeted last November that “parents of black and brown children really need to pay closer attention this week to their kids’ classes. Remember 55% of white women voted for Trump and they are nearly 80% of the teaching profession”? 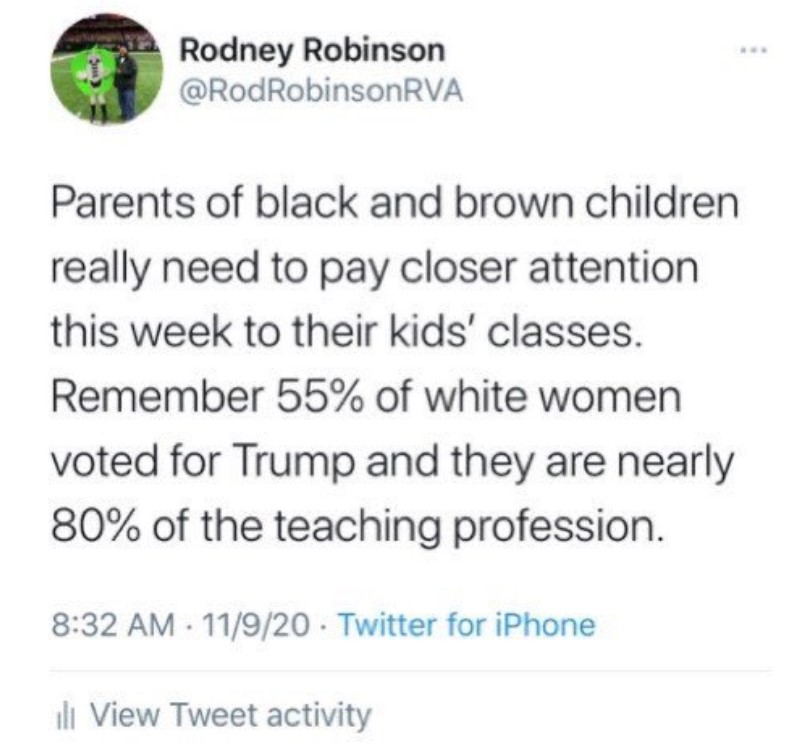