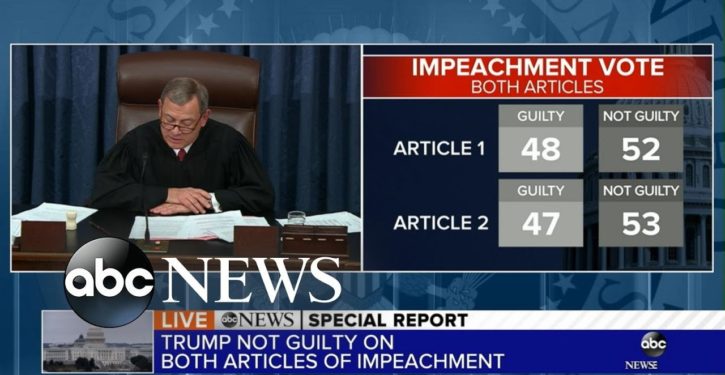 We’ve all been deluged with lists of 2020 winners, losers, and reasons why everyone is saying good riddance to this challenging, tragic, chaotic, and unusual year.

This one has a different slant: What follows are five “never before and never again” phenomena unique to 2020. (Yes, I know that one must “never say never,” but the following qualify as two-headed freaks of politics and economics.)

Notably, Trump’s status as only the third U.S. president to be impeached was practically never mentioned during the campaign. (Obviously, both Democrats and Republicans had good reasons to conveniently forget.) But still, the notion of an impeached president running for reelection after winning the nomination of a major party, virtually uncontested, is a political abnormality befitting the plot of a Netflix series. Over time, historians will view this feat as a highly irregular chapter in presidential history, likely never to be repeated.

Both the Losing and Winning Presidential Candidates Won More Popular Votes than any President in U.S. History

Therein lies the factual justification for President Trump’s frequent insistence that his winning a record-breaking 74.2 million votes is why he “won” the election. The problem is President-elect Joe Biden holds the overall record with 81.2 million votes. Still, when comparing the number of presidential ballots cast over the last 20 years, Trump’s popular vote “loss” places him in the winner’s circle. Also, remember that he blew past his 2016 total of 62.9 million votes.

In 2020, voter participation at 66.7% of the electorate accounts for Trump and Biden’s historical totals. How does that percentage compare to the last five presidential elections? Take a look:

Whether voting participation at 66.7% is a 2020 “never again” abnormality is a good question. Indeed, it was due to the extreme partisanship and dire circumstances facing the nation – which one hopes will never be repeated. But for clues, watch the 2022 midterm elections. During the 2018 midterms, there was a record participation rate of 53.4%, up from 41.9% in 2014, and 2018 heralded 2020’s record turnout.

The First President from the ‘Silent Generation’

At age 78, Joe Biden is the oldest president to be elected and the first from the “Silent Generation” born between 1928 and 1945.

After Dwight Eisenhower, every postwar president was born either as part of the Greatest Generation (1901 to 1927) or a Baby Boomer (1946 to 1964). The switch between these two large and influential generations occurred in 1992 with no going back — until Biden broke the chain.

Here are the seven Greatest Generation presidents in order of serving and their birth year:

Back to Silent Generation:

In modern American presidential history, once a generation comes of age and gains a White House foothold, that generation serves for decades — even fending off attempts to go backward. For example, in 1996, the Greatest Generation’s Bob Dole lost to Bill Clinton. Then in 2008, the Silent Generation’s John McCain lost to Barack Obama. Whether or not the Baby Boom generation has run its presidential course remains to be seen. (VP-elect Kamala Harris was born in 1964 at the tail end.) And for now, Joe Biden’s generation is no longer “silent” in the White House, with the “going back” quirk just another abnormal political occurrence in a bizarre year.

Never in U.S. history has there been such a severe decline in the gross domestic product as we saw in the second quarter of 2020 with  -31.4%.

That is what happened when a robust economy was forced to shut down due to the COVID pandemic. No previously recorded quarterly decline even comes close to what occurred during April, May, and June. For comparison, during the Great Recession (2007-2009), the largest GDP decline was “only” 8.4%, recorded during the fourth quarter of 2008.  Decades earlier, in the first quarter of 1958, there was a 10% decline.

Never before and likely never again will our nation experience such back-to-back lows to highs. Meanwhile, recovery is happening, albeit slowly. According to Kiplinger’s 2020 forecast, the estimated GDP growth rate will be -3.5%. Another organization predicts GDP will shrink by -3.6%.

A notable frame of reference was in 1932, the worst year of the Great Depression, when GDP shrunk by -13%.

Therefore, even though the U.S. economy experienced a “never before” swing between the second and third quarters, potentially ending 2020 with “only” about a -3.5% decline in growth is still terrible, but not catastrophic.

As of this writing, the national debt is a mind-numbing $27.5 trillion, up from $22.7 trillion in 2019. This one year increase of $4.8 trillion is a “never before” statistic. But “never again” is unlikely based on this number: The U.S. Debt Clock projects that in 2024, at current rates of spending, the national debt will increase to $49.1 trillion. That averages to a $5.4 trillion increase every year over the next four years.

Remember when Republicans were the party of fiscal responsibility? Now, get ready for the “tax and spend” Democrats.

Though 2020 has been a year with numerous “never again/never before” events and occurrences, the one-year national debt increase of $4.8 trillion represents a future acceleration due to off-the-charts spending that will continue unabated — and could be our national undoing.