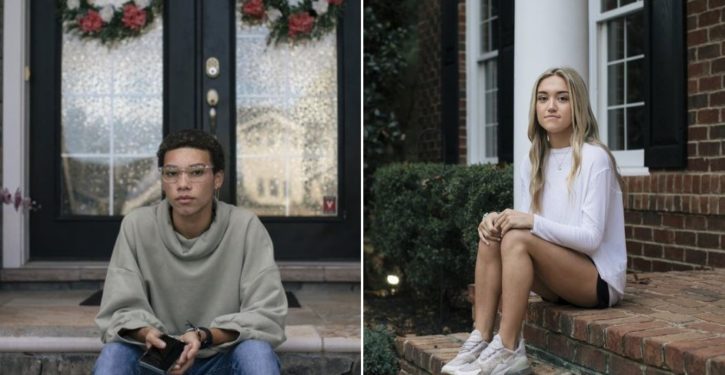 One such story is the focus on an op-ed in the New York Times titled “A Racial Slur, a Viral Video, and a Reckoning.” The two main players in this morality tale are a young woman whose future plans were shattered because of a stupid mistake she made when she was a high school freshman and the former classmate who contrived to make that happen.

Here are the particulars: In 2016, Mimi Groves received her learner’s permit. In her jubilation she sent a 3-second video on Snapchat to a friend in which she said, “I can drive, n*ggers.” Jimmy Galligan, a classmate who is biracial (his mother is black, and his father is white), got wind of the video and reported it to teachers and administrators. Much to his anger and frustration, no action was taken. Galligan resolved to hang onto the “evidence” and “make it public when the time was right.” He said, “I wanted to get her where she would understand the severity of that word,” according to the Times.

The “right” moment came earlier this year when Groves posted a message of support for Black Lives Matter on Instagram in the wake of the death of George Floyd and the protests that followed. She urged her followers to “protest, donate, sign a petition, rally, do something.”

Groves said that she received a reply to her post from someone she didn’t know that read, “You have the audacity to post this, after saying the N-word.”

She then started getting calls and messages from friends telling her that the 3-second video of her had gone viral on social media. Just one month earlier, Groves had been accepted into her dream college, the University of Tennessee, Knoxville.

However, once the furor over the video began, the university began receiving complaints. Administrators said that they received “hundreds of emails and phone calls from outraged alumni, students and the public.” They quickly caved. Admissions officials gave Groves two options — she could withdraw or they would rescind the offer of admission.

I am in no way condoning the use of racial epithets, even casually when used in rap music. At the same time, by Galligan’s own admission, the n-word “was regularly hurled in classrooms and hallways throughout his years in the Loudoun County school district.” (The Times had the temerity to quote Galligan as acknowledging without comment that it is also “thrown around sometimes” at family gatherings on his mother’s side!)

That seemed to make little difference to the Times, which is wholly sympathetic to Galligan and unsympathetic to Groves, who, in case you’re wondering, is taking community college courses online while living with her parents.

Could COVID-19 cost Nancy Pelosi the Speakership in next Congress?
Next Post
Cartoon of the Day: In a handbasket 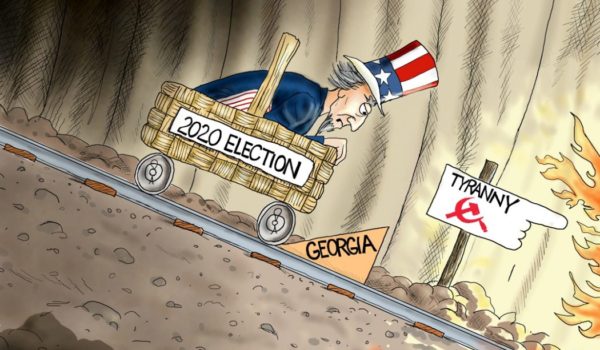